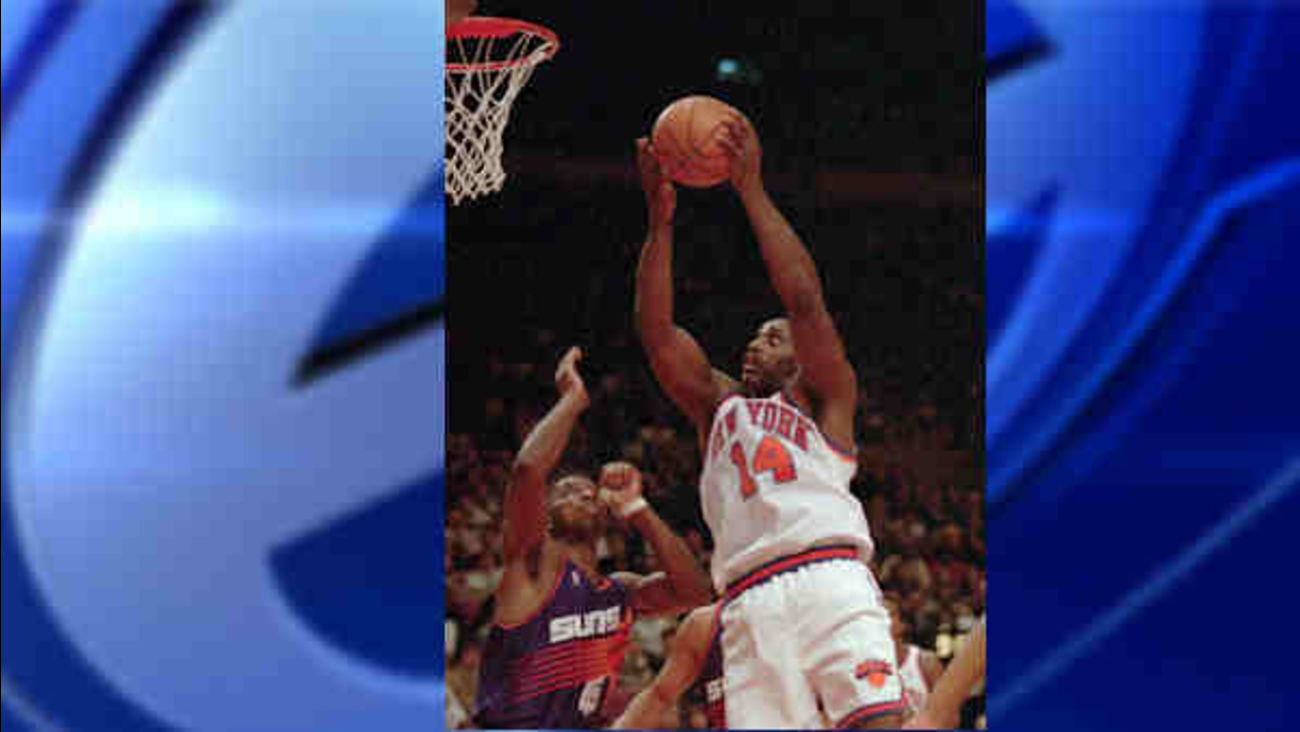 That might not fit some stereotypes of New York, but it was the perfect style for the Knicks of the 1990s, and made the rugged forward a beloved bruiser by teammates and fans.

Mason died Saturday morning, the Knicks said. He was 48.

"Mase came to play every night and was always ready to go to battle with me every time we stepped on the court together," Ewing said in a statement. "I will remember him for his strength, determination and perseverance."

Mason was a defensive force who played for six NBA teams from 1989-2003, a popular protector of superstars like Ewing and respected by opponents who knew they were in for punishment when they lined up against his muscular frame.

"As a competitor, there was none fiercer than Anthony Mason. Standing on the opposite end of the playing field, coaching in those great Chicago/New York battles, No. 14 in the orange and blue always stood out," said Knicks President Phil Jackson, who coached the Chicago Bulls during their many matchups against the '90s Knicks. 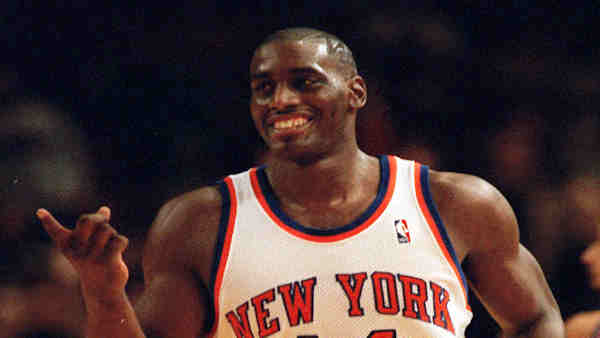 Added Michael Jordan: "Mase was one of the toughest competitors of his era."

He remained a fighter throughout his health problems, his family said in thanking fans for their prayers.

"Anthony felt each and every one. He fought like a warrior to the very end," the Mason family said in a statement provided by the Knicks.

The Knicks held a moment of silence for Mason on Saturday night before their game against the Toronto Raptors. Many former Knicks posted their thoughts about Mason on Twitter throughout what the Madison Square Garden public address announcer called a sad day for the franchise.

The Knicks have been unable to duplicate their success of the '90s and coach Derek Fisher said Mason's determination could serve as a guide.

"He embodied a lot of what we're continuing to try to do here," Fisher said.

Part power forward, part point forward, the 6-foot-7 Mason won the 1995 Sixth Man Award with the Knicks, later made an All-Star team, and twice led the league in minutes played. But it was the toughness he provided alongside Charles Oakley while surrounding franchise center Ewing that made him a fan favorite in New York.

"MY MAN MY MAN A. MASON R.I.P, WE GONNA MISS U BROTHER," Oakley wrote on Twitter.

Mason's career averages - 10.9 points, 8.3 rebounds - don't tell the full story of his game. A solid, muscular presence down low, Mason was there to play defense, and on coach Pat Riley's bruising teams, he could shine.

"Anthony Mason exemplified perseverance for all players fighting for their chance in the NBA," Commissioner Adam Silver said. "NBA fans and players around the league admired his tenacity on defense and playmaking on offense."

He wasn't all grit, though. Despite his plodding look, Mason was a nimble athlete and deft ballhandler who often showed up for games with words or designs styled into his hair.

Mason was drafted in the third round out of Tennessee State in 1988 by Portland, but he never played for the Trail Blazers. After a brief stint overseas, he played sparingly in 21 games for the New Jersey Nets and Denver Nuggets before he finally caught on with Riley's defense-first Knicks in 1991. He was a force for them as they made a run to the 1994 NBA Finals, and clashed with other powerful Eastern Conference teams, including Jordan's Bulls.

He was dealt to Charlotte in a July 1996 trade that brought Larry Johnson to New York. With the Hornets, Mason played three strong seasons in four years, missing 1998-99 due to injury, before Riley brought him to Miami, where he was coaching a Heat team that played with the same style as those Knicks teams with which Mason flourished.

"News like this is not only sad, but it's tragic," Riley said. "Anthony Mason was a very young man with a great family and friends. To lose him so quickly during his journey, especially to those of us that knew him, hurts."

At Tennessee State, Mason was dominant, and was the school's first All-Ohio Valley Conference selection. In the 1987-88 season, he took a school-record 247 free throws.

Anthony Mason was born Dec. 14, 1966, in Miami. He went to high school in the New York City borough of Queens, where son Anthony Jr. would later play for St. John's before going on to a pro career in the minor leagues and overseas. Another son, Antoine, is at Auburn this season after transferring from Niagara, where he graduated after finishing second nationally with 25.6 points per game last season.