Anthony Weiner to be released from prison early for good behavior 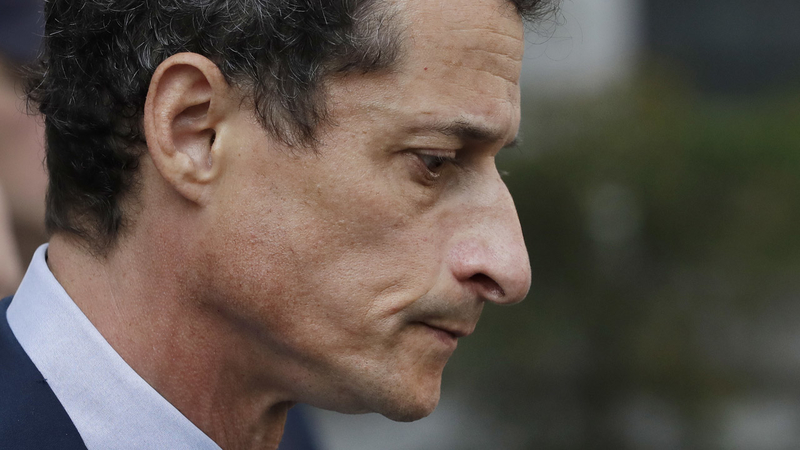 Anthony Weiner to be released from prison in May

NEW YORK (WABC) -- Disgraced former congressman Anthony Weiner will be getting out of prison early, three months ahead of schedule.

The New York Democrat was sentenced to 21 months behind bars after pleading guilty to sending sexually explicit material to a teenage girl.

He is serving his time in Massachusetts and will be released from prison on May 14th, 2019 for good behavior.

Weiner was sentenced in September 2017 by a judge who said Weiner's crime resulted from a "very strong compulsion."

A tearful Weiner said he was undergoing therapy and had been "a very sick man for a very long time."

A criminal probe into his sexting with a high school student intruded into Democrat Hillary Clinton's bid for the White House.

Then-FBI Director James Comey announced in late October 2016 that he was reopening the probe of Clinton's use of a private computer server after emails between Clinton and Weiner's wife, Huma Abedin - formerly Clinton's closest aide - were found on Weiner's laptop computer.

Two days before Election Day, the FBI declared there was nothing new in the emails.