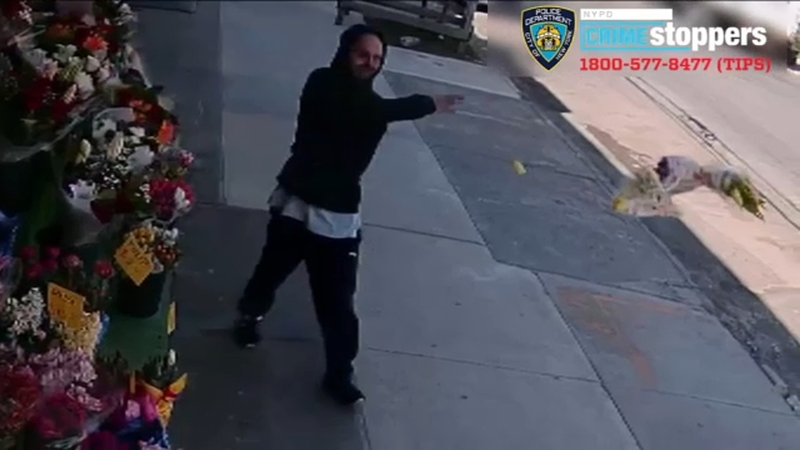 SHEEPSHEAD BAY, Brooklyn (WABC) -- A man is facing hate crime charges in another heartbreaking attack on an Asian New Yorker.

Police say the 77-year-old victim was standing outside a supermarket on Avenue U in Sheepshead Bay.

The man in this video is accused of pushing him to the ground and walking off without saying a word.

The victim suffered bruising to his arm.

Video released by police shows the attacker before the incident grabbing flowers from outside a shop and throwing them at the sidewalk.

Police announced Wednesday that 27-year-old Joseph Russo has been arrested in the crime.

He is also facing additional hate crime charges in another attack on an Asian woman last month.