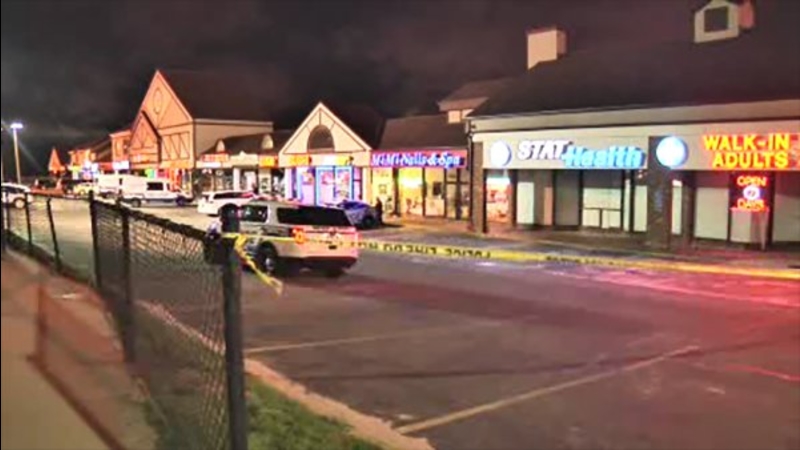 HOLBROOK, Long Island (WABC) -- Police are investigating yet another knifepoint robbery on Long Island, in what is believed to be the 15th in a spree of similar incidents.

Detectives said a man entered a Subway restaurant on Portion Road in Holbrook around 8:30 p.m. Tuesday, took out a knife and demanded cash.

The clerk, alone in the store, handed over $300. No one was injured.

Suffolk County Police Commissioner Tim Sini said the investigation into the seemingly unending rash of knifepoint robberies is being hampered by poor quality surveillance imaging and the suspect's uncanny ability to commit most of his robberies in less than one minute.

He is now urging the owners of commercial establishments to check their video surveillance systems and consider upgrading them, if necessary, though he refused to discuss what, if any, leads are being pursued.

Authorities believe the suspect also struck April 15, when he walked into a Subway in North Merrick with a large kitchen knife and demanded money.

A worker pressed the panic alarm, and the subject fled on foot with no proceeds.

Police believe these incidents are connected with a string of knifepoint and machete robberies across Long Island that started in February.

There have been 15 total, five stores in Suffolk County and 10 in Nassau, and in each, the suspect has used a large knife or machete.

The suspect wears gloves and disguises himself in heavy winter clothing, making him difficult to identify.