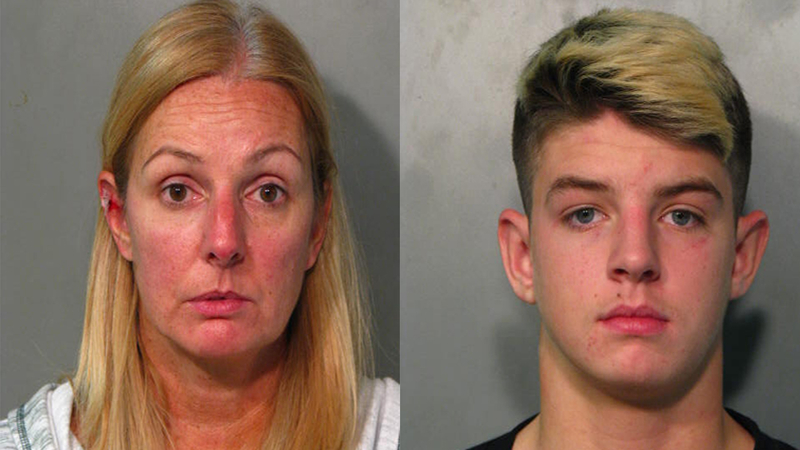 BETHPAGE, Long Island (WABC) -- Three members of the same family are facing charges on Long Island, one of them for allegedly attacking a police officer.

Liam allegedly jumped on one officer's back and started attacking him.

Police used a taser to take him into custody.

The altercation happened at a local hospital after their son and brother, 19-year-old John Colwell, was arrested for burglary.

According to police, John Colwell was hit on the head with a bat by a homeowner after he had been banging on the front door of a Bethpage home.

The homeowner suffered three fractured vertebrae during the scuffle.

Police say Danielle and Liam became agitated at the hospital as they questioned why John was in police custody.