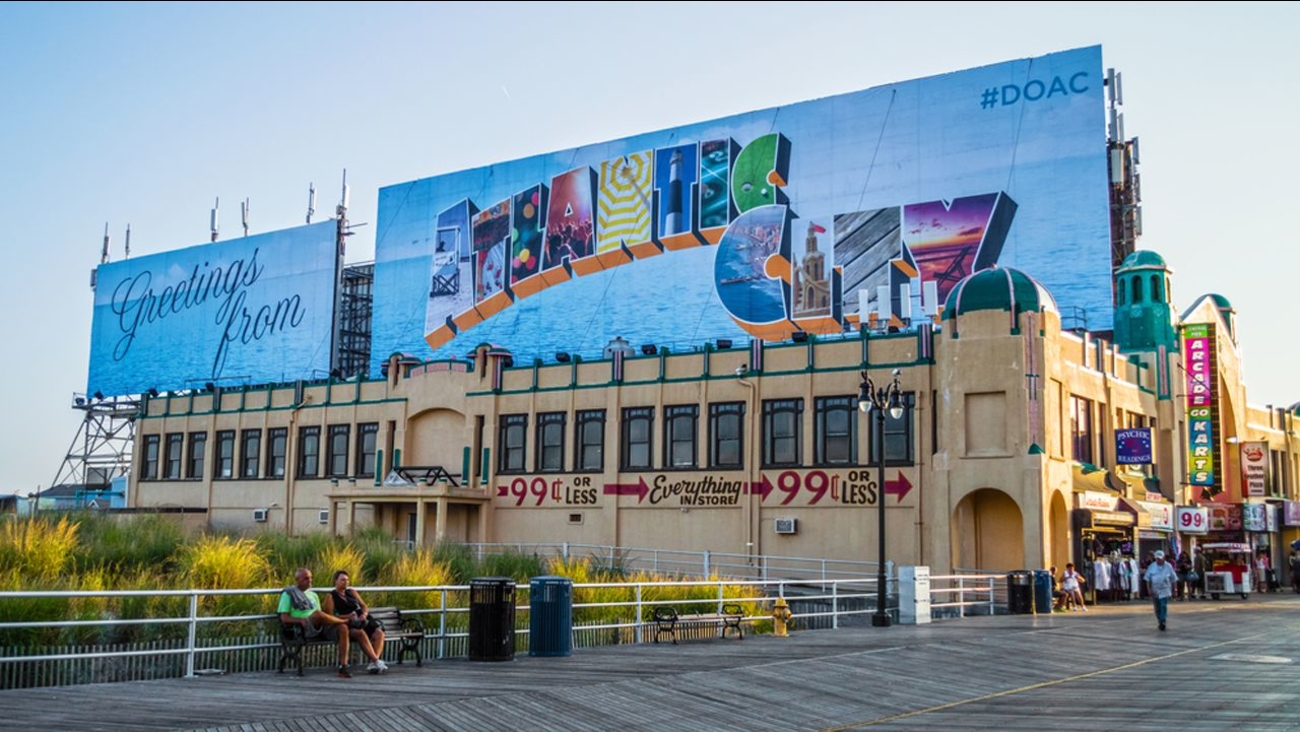 ATLANTIC CITY, New Jersey -- A video showing a man stopping a fight between two teenagers in New Jersey and refusing to leave until the boys shake hands has drawn millions of views and heaps of praise for his intervention.

The video has been viewed more than 20 million times since being posted on Facebook on Monday.

The clip starts with a fistfight in Atlantic City between two boys as other youths record it on their phones. Ibn Ali Miller, 26, then walks up, gets between the two and tells the onlookers that they're cowards for recording the scuffle.

"Look, they laughing. Look," Miller says while gesturing to the gathered crowd. "He's got a big smile on his face...He's supposed to be your man."

The stranger then tells the teens they are "almost men" and need to start acting like it.

"Y'all got parents," he said. "Don't make your parents look like this."

After learning from the teen combatants that they had no idea why they started fighting, the man refused to leave until they both shook hands.

"It's a great thing to have the youth listen like that," Miller told the Press of Atlantic City. "That doesn't always happen. Those young men impressed me".

Miller said that he was running an errand for his mother while on a break from a class when he came across the fight.

"That scene that went down, that happens a lot in Atlantic City, and these kids are too young," Miller told the newspaper, adding that it's not the first fight he's broken up and probably won't be the last. "You can't pick that 'Today, I'm gonna stop some kids from fighting,' but God does what he wills."

The video drew a retweet from Cleveland Cavaliers star LeBron James, who saluted the man "who stepped in and spoke real to our young generation."

So dope!!! #Salute the homie who stepped in and spoke real to our young generation. We all need a word or 2 to help! https://t.co/hJ4BT611sw

"To me the fact that LeBron and others have seen it...it's cool, I'd be more excited when I was a younger man," Miller told the newspaper, adding that his family isn't on social media because of all of the negativity. "But I want people to take away from it to pay it forward. That's it".

One of the teenagers who posted a video says that he is thankful for the intervention.

Jamar Mobley told CBS Philly that the fight could have gone "a whole other way" if Ali Miller hadn't stepped in.