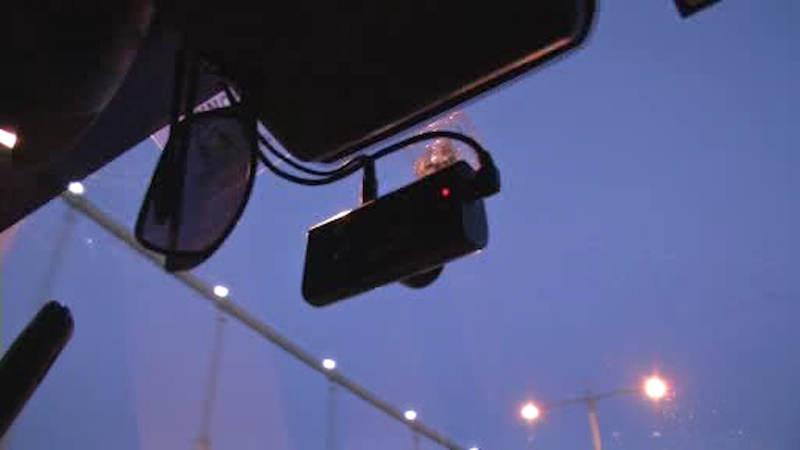 NEW YORK (WABC) -- Install a dash cam in your car, and cut your insurance rates by 5%. That's the proposal from a New York state legislator, who claims the dash cam as evidence in a variety of situations, would be invaluable. It would also save money and determine blame and responsibility.

Many drivers are already using them.

For someone like Hector Carvajal who makes his living on the road as an Uber driver, his video camera was an absolute necessity.

"Everybody puts this camera in the car," Carvajal said.

More and more, he and others are turning to so-called dashcams to protect themselves on the road, and in the process creating a video archive of horrible drivers.

Two years ago, a driver near JFK slammed into a customs van as it turned in front of him. The federal officer at the wheel claimed the light had been red. It had not.

"It was without a doubt the best $199 I ever spent in my life. Because I have clear proof the accident was 100% not my fault," Carvajal said.

And last October, an alleged drunk driver in Patchogue rammed a camera equipped car. The video became evidence against her.

Nelson Alcantara of NY Sound and Security installs about three cameras a week.

"The road right now is not safe. There is a lot of people driving without insurance or driving without being careful about pedestrians, so that will really help a lot," Alcantara said.

Now, there is a proposal to expand dashcams, from State Senator Jose Peralta. His legislation would cut insurance 5% for drivers with cameras, while providing oversight for installers and easier access to the video, for prosecutors.

Of course nothing's stopping a bonehead driver from incriminating himself. Who could forget the guy who posted his own video lapping Manhattan at speeds cops clocked at 100 miles per hour? They arrested him for reckless endangerment.

But Hector the Uber driver says he's become a better driver since getting his device. He says it's all about protecting himself.