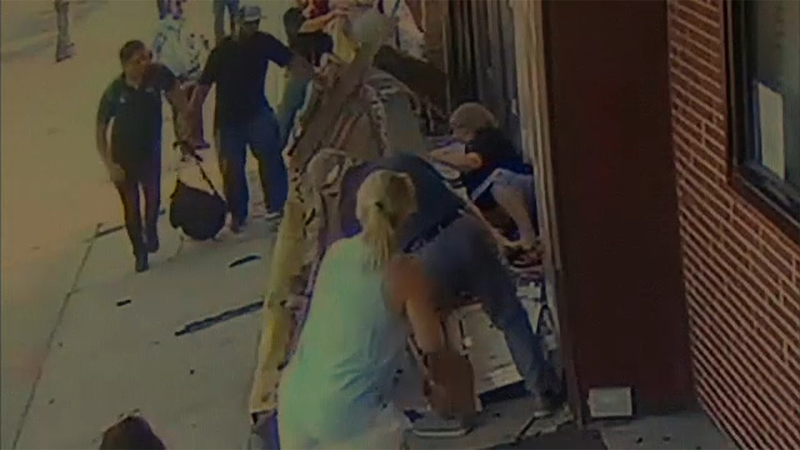 BAY RIDGE, Brooklyn (WABC) -- A video shows two women struggling after a huge sign collapsed on top of them in Brooklyn.