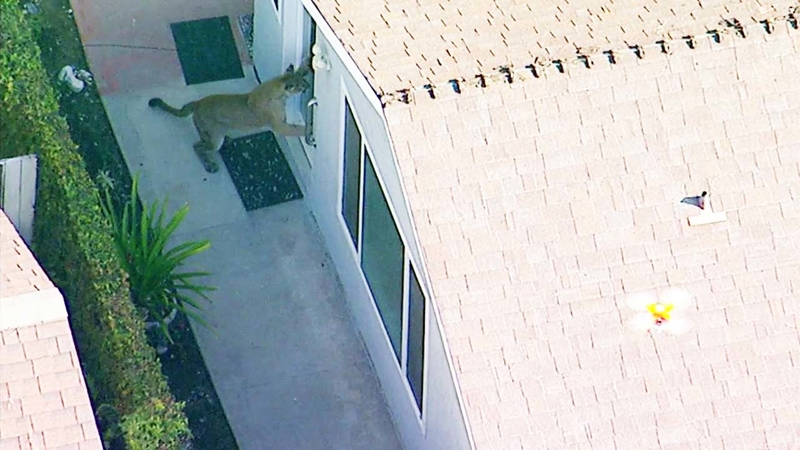 AZUSA, California -- A California neighborhood is breathing easier Monday after a mountain lion roaming through backyards was captured.

Azusa police received a call around 6:15 a.m. indicating a mountain lion was seen near a home in the 600 block of West Virginia Ann Drive.

A mountain lion was spotted roaming through an Azusa neighborhood Monday, prompting authorities to warn residents to stay indoors.

The animal wandered through backyards, even pawing at the backdoor of one home. Authorities asked area residents to stay inside for their safety.

Officials from the California Department of Fish and Wildlife were able to track the animal down and strike it with a tranquilizer dart.

Authorities noted that the full-grown female appeared to be blind in one eye.

The lion was placed on a truck and was set to be taken to a suitable habitat, Fish and Wildlife officials said.

"We're going to take it up into open space, sit with it for a while. I have a biologist and a supervisor on the way, just to make sure it's OK," said Adam Smith with Fish and Wildlife.

A 91-year-old resident described seeing the big cat right outside her kitchen window.

"Oh I grabbed my chair because it was right outside my door, my kitchen door, and he stood looking at me with big blue eyes like that and I said, 'Oh mama mia!'" she described.