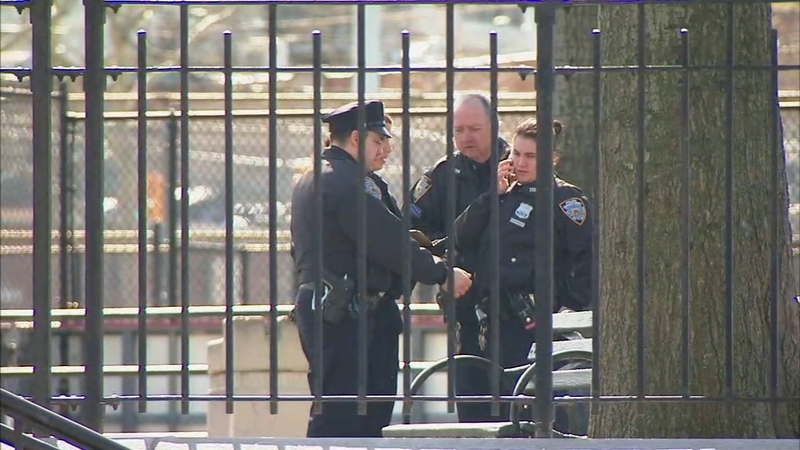 ASTORIA, Queens (WABC) -- Police are searching for the person who left a dead baby in a trash can in Queens.

Authorities said a resident noticed an unpleasant smell when he entered Dutch Kills Playground in Astoria on Saturday morning just before 11.

In the trash can, his friend found a baby boy wrapped in a plastic yellow bag.

The resident frantically waved his friend over, and they called 911.

"It's just really messed up, and really foul. It's just something I really didn't want to see. Having to see kids like that and seeing babies left like that. It's just wrong," says Devon Davis.

Officials say the baby was a few weeks old, and was dead when he was found.

Detectives spent most of Saturday searching for clues in trash cans in the park on 36th Avenue and Crescent Street.