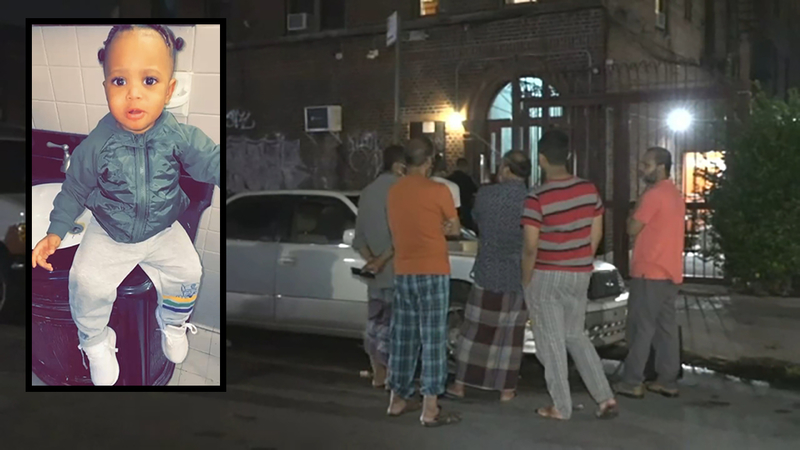 FLATBUSH, Brooklyn (WABC) -- A toddler is dead in Brooklyn, mauled by the family's dog, and the boy's father is now under arrest.

Police say Vernon Foster left his 19-month-old son, Ryan Francis Foster, in the care of his other two children, ages 9 and 11, and the Rottweiler is said to have a history of aggression.

Officers were dispatched to a first floor apartment on East 17th Street in Flatbush just after 10:30 p.m. Tuesday, and the found the young boy bleeding heavily and with multiple wounds to his body.

Authorities say the 30-year-old father left his toddler with his other two sons while went to work, and somehow the dog turned on the boy.

Investigators say after the attack, the older brothers ran out of the apartment with the injured sibling looking for help.

Foster was rushed to an area hospital, where he was pronounced dead.

Foster is facing charges of manslaughter, criminally negligent homicide and acting in a manner injurious to a child.

The 11-year-old was reportedly scared of the animal, as he was previously bit in 2019.

The two other children were not hurt.

A Black realtor was showing a house to a Black man and his 15-year-old son in a Michigan suburb when police surrounded the property with guns.

"Detectives from the 70th Precinct and Brooklyn South Homicide Squad are fully engaged in the investigation," Kemper said. "It's very active right now, pending a search warrant for the apartment, and we are working with the Kings County DA's Office right now in relation to charges."

The apartment and the dog are said to belong to the children's grandparents, who are out of the country. The boys' parents are not together, and the mother had left them in the care of their father.

The grandparents are the superintendents of the apartment building where the attack happened, and they reportedly had the dog for security, as they have been burglarized in the past.

The dog has been removed from the home, and the investigation into the incident continues.