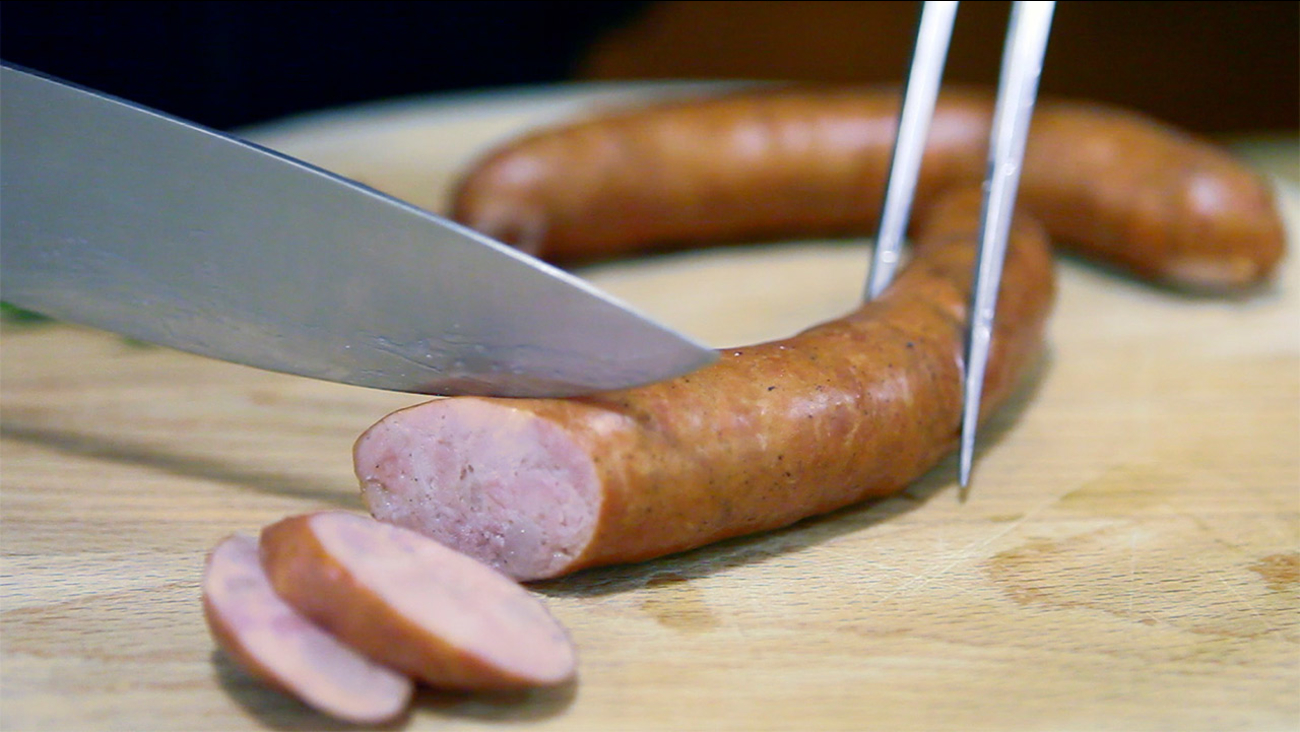 In this photo taken Thursday, April 19, 2012, a pair of sausages are cut up in a restaurant (AP Photo/Darko Bandic)

MADISON, NJ -- A man whose last name is Bacon faces charges in a dispute over sausage.

Joseph Bacon, 19, of Madison, New Jersey was arrested on May 12, The Star-Ledger reports. Police were called to the home for a reported dispute in progress. When officers arrived, they say Bacon had assaulted another person at the home for eating the last piece of sausage.

Bacon was arrested and charged with simple assault.