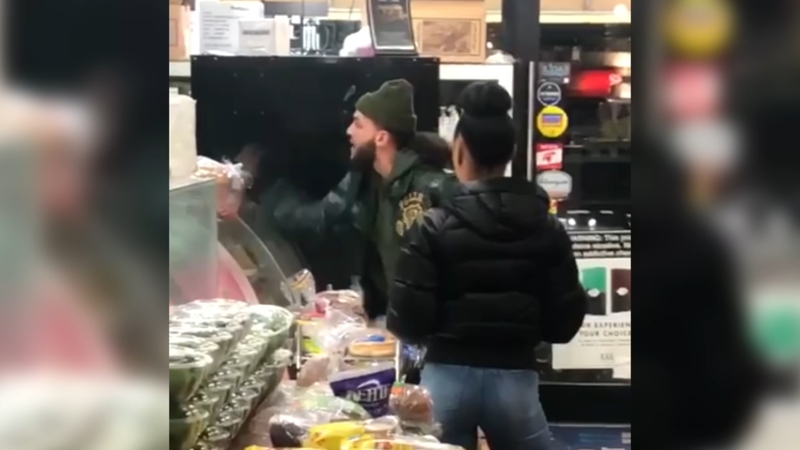 EAST WILLIAMSBURG, Brooklyn (WABC) -- Police have arrested a suspect they say was behind a violent rampage over a bagel at a Brooklyn deli.

The attack happened on around 4:30 a.m. on November 25 inside the deli on Flushing Avenue in East Williamsburg.

Authorities say 24-year-old Edilberto Burgos attacked the worker, throwing food and other items at him, after his toasted cinnamon raisin bagel with bacon, egg and cheese didn't come fast enough.

Burgos is charged with assault and menacing.