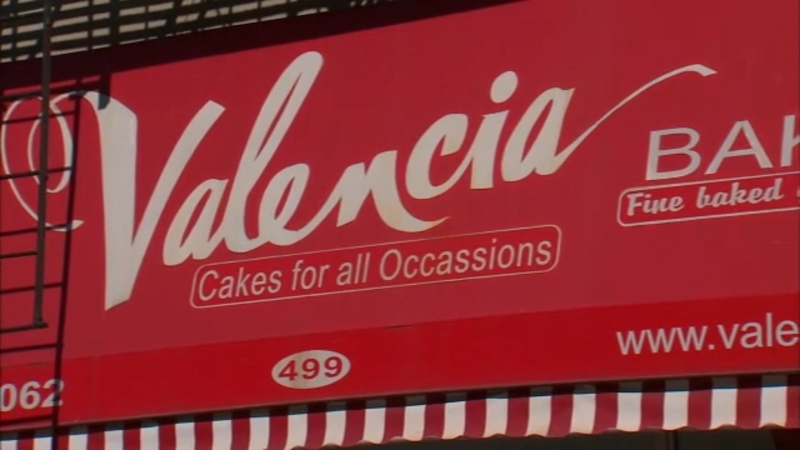 MOTT HAVEN, Bronx (WABC) -- A store owner's husband is recovering after he was severely beaten trying to defend his wife's bakery from being repeatedly robbed in the Bronx.

People who work in businesses on the block say the suspect and his friends have been terrorizing them -- and they're scared he will do it again.

The victim is still hospitalized, recovering from serious injuries in the incident last Friday at Valencia Bakery.

The owner says the robber first visited the bakery on East 138th Street and Brook Avenue in the Mott Haven section on Tuesday, February 22.

Images from the owner's surveillance camera show him wearing all black, including a ski mask.

The owner believes the burglar stole her keys from behind the counter during that incident.

She alleges he used them to steal a car and crash it, taking the owner's debit card from inside the vehicle and using that as well.

Her husband stopped that suspect and held him for the police, but there was a violent struggle that ended with her husband in the ICU with a concussion.

During the altercation, the assailant allegedly used a small handheld vacuum to hit the husband in the head. Despite his injury, he managed to lower the gate of the bakery and asked someone outside to call the police.

Little did he know he was actually asking the robber's lookout. But eventually another person came to his aid and called police.

"Thankfully he is healing now," said the owner, who did not want her name used. "I'm proud of him, proud of him."

Christopher Martinez, 18, was arrested and charged with assault, menacing, criminal possession of a weapon and harassment.

He was released on his own recognizance following a court appearance.

"I'm not happy," restaurant manager Juan Lucero said. "Because he did something bad, and he's out? No."

Several businesses, including a pharmacy and a fried chicken restaurant on the block, say they've had run-ins with Martinez and worried they were going to get robbed.

The manager at the chicken shop said the robber tried to get through a glass door and through the ordering window, claiming he wanted something but never said what.

Less than a week earlier, Martinez was caught after allegedly harassing a worker at a money transfer business down the block.

He was issued a violation for possession of a knife.

Neighbors who support the local businesses are wondering why he was released after that, and again now, saying it's not safe with him and his friends targeting the shops.

The NYPD said Martinez has six prior arrests for robbery and grand larceny dating back to November.