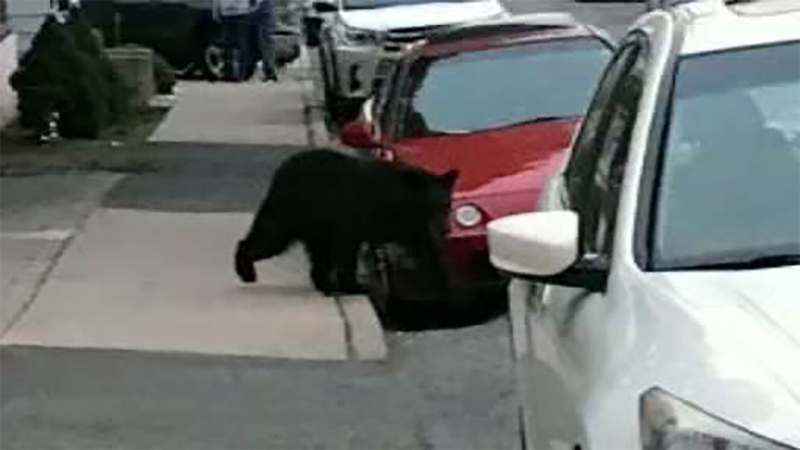 More bears on the prowl in Rockland County

HAVERSTRAW, New York (WABC) -- There is a new warning for residents in Rockland County about more bears on the prowl in neighborhoods.

The bears are now being spotted in areas they haven't been seen before.

"When I finish grilling I'm gonna make sure I clean up a little better," said Haverstraw resident Ricky Green.

He is on notice because two nights ago, a bear was spotted in his backyard. In fact the black bear was all over the neighborhood, a first in that section of Haverstraw.

The pictures were taken by Andrew Rafferty, who followed the animal for quite a bit.

Bear sightings are fairly common in parts of Rockland County.

Last month a family in Montebello called Ramapo police after a bear made himself at home, eating scraps for 20 minutes.

Monday, Clarkstown police issued an alert on their Facebook page, reminding residents not to leave potential food sources outside.

Back in Haverstraw, Richard Freeman was surprised to see the picture of the visitor in his front yard.