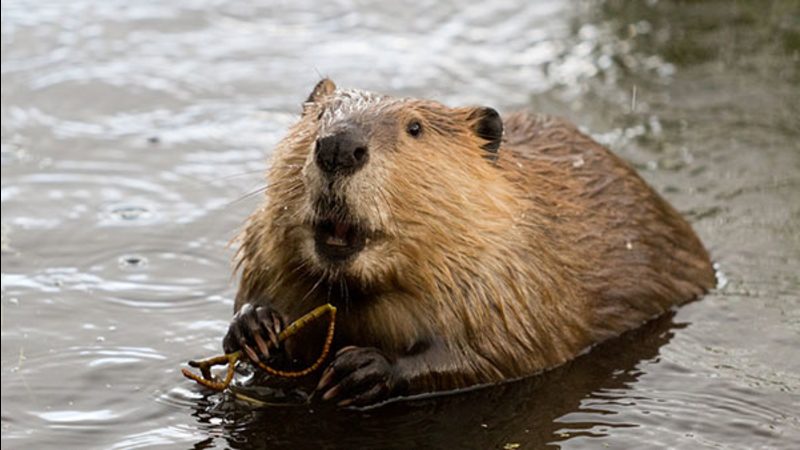 RICHMONDTOWN, Staten Island (WABC) -- In some spots, it looks like vandalism. In others, more like a wood carving exhibit. But there's no doubt, the culprits here in Staten Island are beavers.

Residents say the population is dramatically increasing along this stretch of the Bluebelt, a city owned creek in Richmondtown designed to manage water runoff. There are some big concerns.

"The trees! The trees!" said long-time resident Joe Palladino, who has watched hundreds of trees along the creek near his block, Saint Andrews Road, chewed down by the beavers.

"Once they're finished with these trees, what's next? The trees in front of your house?" he said.

Carlo Salimeni, who lives up the block, is already watching the tree in his front yard slowly dying. "One morning, I woke up and this is what I found," he told Eyewitness News.

If the tree falls, he is concerned about the power lines nearby. Salimeni also says he hears the beavers all night, chewing.

The other big concern is flooding. Back in October, some of the beaver dams and debris caused the creek to flood heavily.

"This was a lake", Palladino said.

Fixing the problem isn't so easy. The beaver is New York State's official mammal. And residents who remove the dams could receive a summons. Also, conservationists who value wildlife on Staten Island say the beavers deserve a living space too.

Still, residents say so far, they've lost about 600 trees. And without a long term answer, they fear they'll lose more. They also remain baffled as to how the beavers arrived here in the first place.