The victim was being evaluated for injuries.
WABC 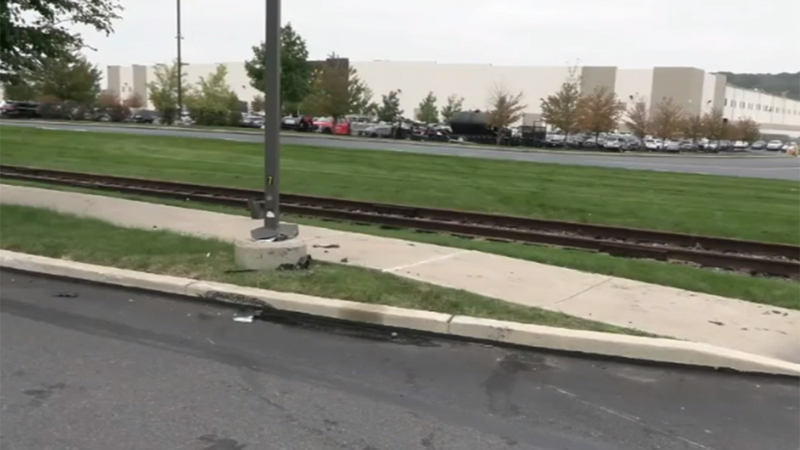 JERSEY CITY, New Jersey (WABC) -- A man accused of driving his ex-girlfriend off the road and kidnapping her in Pennsylvania Tuesday morning was arrested at the Holland Tunnel hours later, authorities say.

Port Authority Police arrested 27-year-old Ruben Carrion Melendez, who allegedly abducted the woman in Bethlehem before being stopped in Jersey city as he approached the tunnel.

The victim was taken to a hospital for treatment, and Melendez is now charged with kidnapping and related offenses.

Nearly one month after her body was found in Wyoming, the coroner announced that Gabby Petito died by strangulation.

Police received multiple calls around 7:19 a.m. reporting a male grabbing a female and pulling her into a vehicle on the 3400 block of Commerce Center Boulevard in Bethlehem, near QVC headquarters.

Investigators arrived at the scene and spoke with witnesses.

They say he drove the 25-year-old victim, who was driving a white Nissan, off the road.

Carrion Melendez, who has an active Protection From Abuse order against him for stalking the woman, then got out of his car and opened the victim's driver side door, authorities say.

According to police, Carrion Melendez forced the victim over to the passenger seat of her Nissan, got into the driver's seat and then intentionally crashed the vehicle into a pole.

Police say Carrion Melendez then approached the victim and pulled her into his vehicle by grabbing her by her hair.

Authorities began searching for Carrion Melendez and the victim.

Carrion was stopped at the Holland Tunnel by the Port Authority of New York and New Jersey Police Department and taken into custody around 9:30 a.m., officials said.