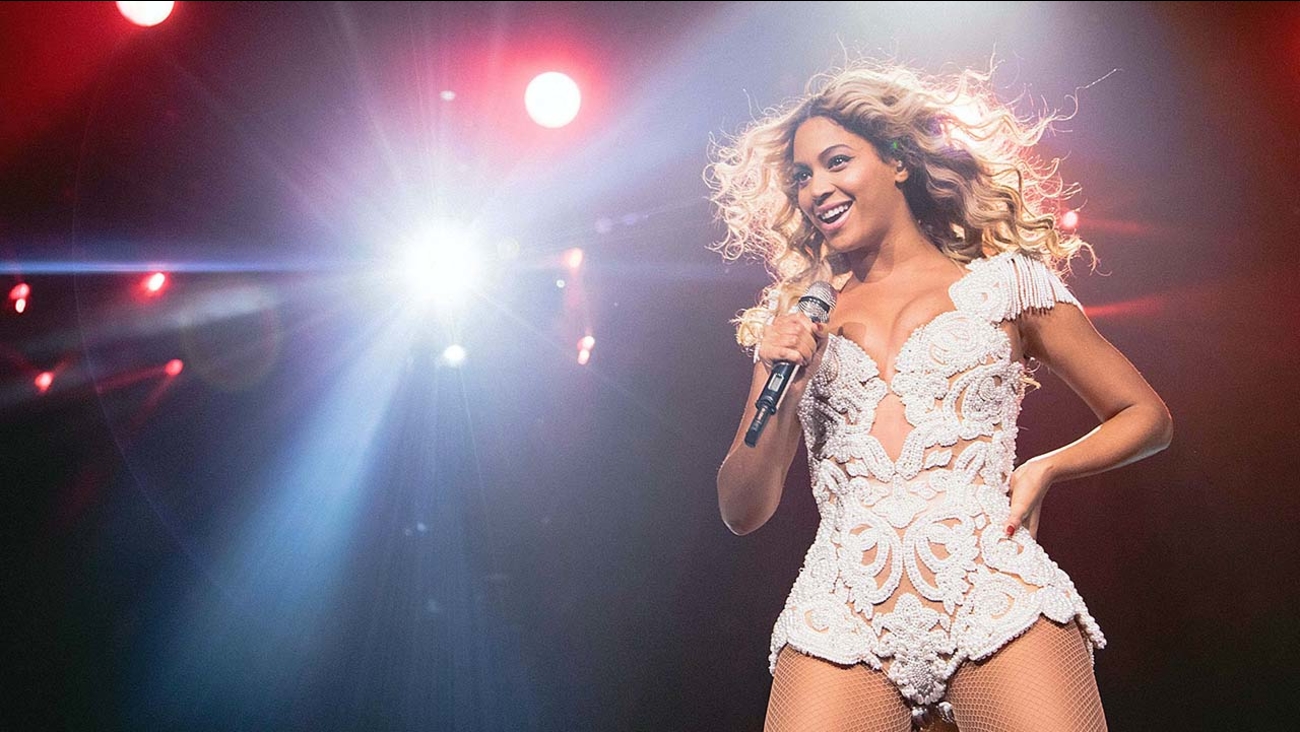 Beyonce performs onstage at her "Mrs. Carter Show World Tour 2013," on Saturday, December 7, 2013 at the US Airways Center in Phoenix, Arizona.

LOS ANGELES, California (WABC) -- Beyonce has won 181 awards, but she just brought home one of the world's most important ones -- "Mom of the Year."

In December of 2013, she dropped a surprise album that shocked the world, but this weekend, she surprised a smaller group with yet another show-stopping performance. And it was all to benefit her 4-year-old daughter.

On Saturday night, Queen Bey took the stage at the Shrine Auditorium for her first major performance since she shared the Super Bowl stage with Coldplay and Bruno Mars. There weren't any footballs being thrown around the Los Angeles venue, but the attendees at the Center for Early Education's 75th Anniversary Gala were undoubtedly the night's big winners.

During the benefit fundraiser for daughter Blue Ivy's elementary school, the "Formation" singer took the stage in a sparkly black and gold dress, performing hits such as "Crazy in Love," "XO" and "Halo." Her set, complete with backup dancers, also included a cover of Whitney Houston's "I Will Always Love You."

Check out the video below for a look at the inside of the Shrine Auditorium as Blue Ivy's mom proved her PTA involvement spreads far beyond selling raffle tickets and baking cupcakes.