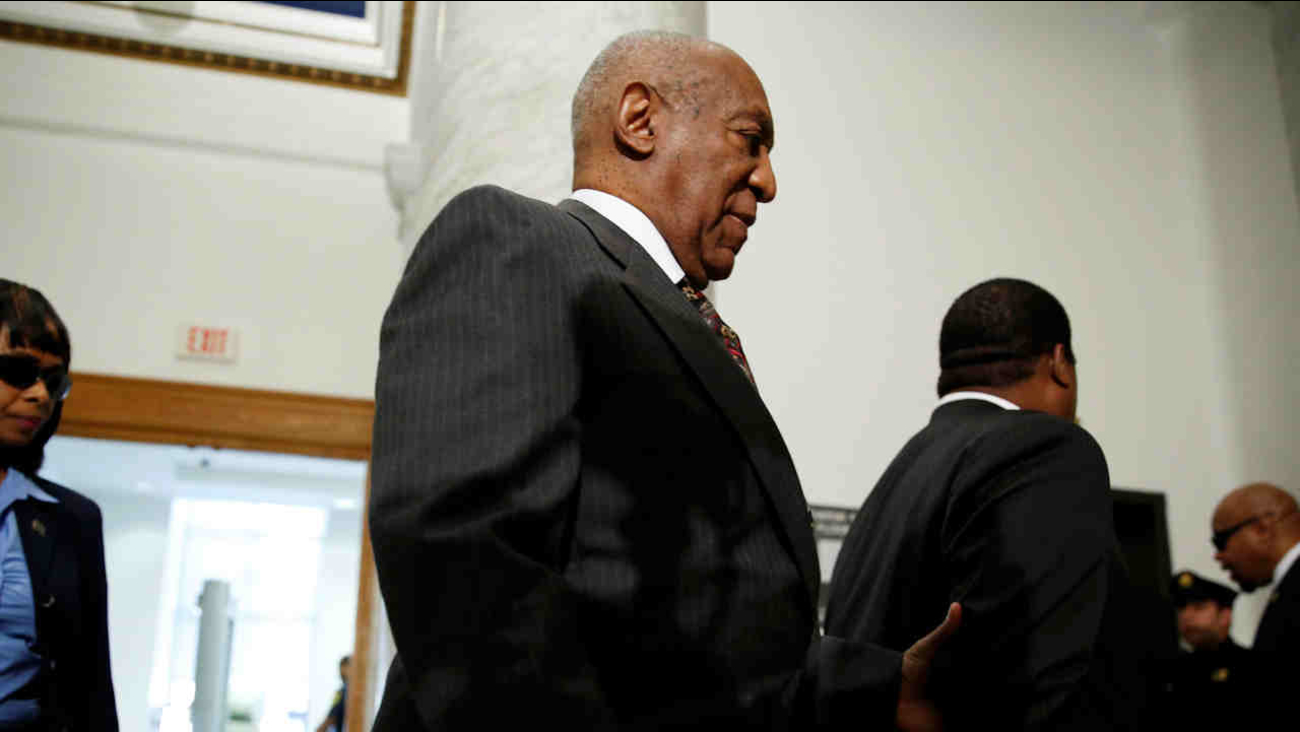 Bill Cosby arrives at the Montgomery County Courthouse for a preliminary hearing, Tuesday in Norristown, Pa. Cosby is accused of drugging and sexually assaulting a woman in 2004. (Dominick Reuter)

PHILADELPHIA -- Newly public police records in Bill Cosby's criminal sex-assault case show his accuser planned to confront him weeks after their 2004 encounter but backed off when he got too close to her.

Andrea Constand told police she "just wanted to confront him about it and ask some questions" when she returned to his home after dining with him and others at a restaurant.

Instead, Constand waited a year before telling her mother and then police. A suburban Philadelphia prosecutor decided at the time not to bring charges, citing insufficient evidence of a crime.

Cosby, 78, was arrested last year after the case was reopened amid the release of his testimony in Constand's civil lawsuit and after dozens of other women had aired similar complaints of being drugged and molested.

Cosby, in his January 2005 statement, said he had shared three earlier "romantic" encounters with Constand at his suburban Philadelphia home. He described them as "petting" sessions and said they did not have sex. Constand said she had twice rejected his "advances" before the night she believes she was drugged and molested.

Constand, then 31, told police that she never told Cosby she's gay. On the other hand, she said, "I never gave him any reason to believe I was interested in him."

The two had met through Temple University, where Constand was the director of women's basketball operations. Cosby, a longtime trustee, was the university's most prominent booster. In his deposition, taken as part of the lawsuit she filed, he said he became interested in her the first time he saw her at the university's gym.

The long-married Cosby, known as a vocal champion of family values, also acknowledged in the deposition a long history of affairs and said he had given young women alcohol and, in at least one case, quaaludes before pursuing sexual contact with them.

Cosby, in his police statement, said he had never known Constand to lie.

"Andrea's a good girl. People try to get things over on her," he told police.

He and Constand gave police similar accounts of what occurred during their physical encounters but disagreed on whether it was consensual, especially on the night in question. Prosecutors believe Constand was too impaired by three blue pills Cosby gave her "for stress" to give consent. Cosby said he gave her three halves of over-the-counter Benadryl, an antihistamine. But Constand recalled the pills as being rounded, not broken in half.