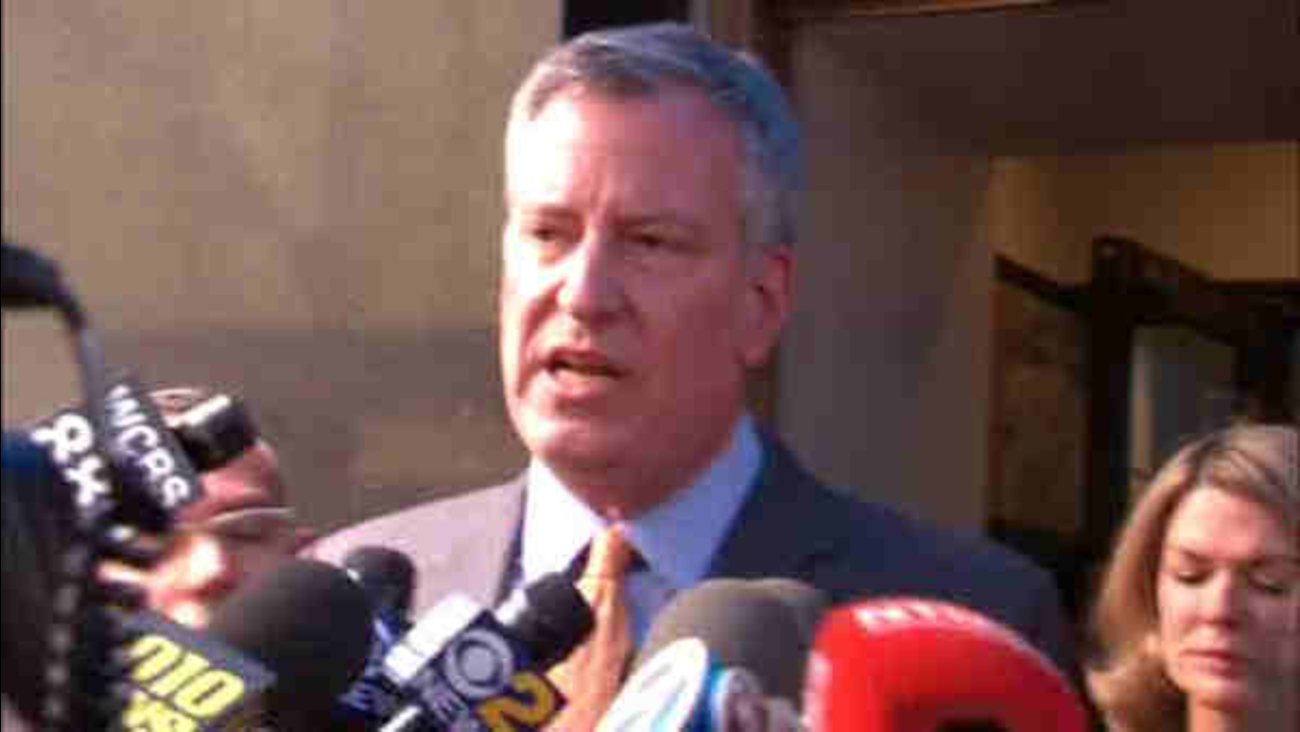 NEW YORK -- Relations between New York City's police department and communities of color, long at a simmer, boiled over last summer when an unarmed Eric Garner was captured on video screaming "I can't breathe!" as he was placed in a fatal chokehold by an NYPD officer.

That moment led to months of protests, which multiplied and swept across the city following a grand jury decision not to indict the officer. In the weeks that followed, two police officers were killed by a gunman who had paid tribute to Garner on social media, and the rank-and-file police appeared to be in open revolt against Mayor Bill de Blasio.

Now, a tentative truce between the mayor and police unions has set in and the protests have died down. And while the underlying issues of the tension are at the heart of City Council hearings on the matter, there were no fireworks at the initial session Tuesday.

The NYPD outlined a series of pilot programs intended to demonstrate more police involvement in minority communities - not simply as enforcers of the law but as partners.

Precinct commanders have been attending services at local houses of worship to ally themselves with influential local ministers. Officers in several high-crime Brooklyn precincts have begun meeting with at-risk offenders and gang members to offer access to social services to prevent violence. And four precincts - two in Brooklyn, two in the Rockaways section of Queens - will be part of a new program in which certain officers dedicated to that precinct will spend one-third of their shift solely devoted to going street by street to form relationships in the community, NYPD officials testified.

Those officers, while on that assignment, will not respond to 911 calls.

"We believe that focusing on neighborhoods will reinvigorate community policing in the NYPD," said Susan Herman, the police department's Deputy Commissioner for Collaborative Policing, in the first council hearing on police matters since the grand jury decision in Garner's death.

The idea, though largely applauded by council members, did raise concerns about inadequate staffing to respond to emergencies. Councilmember Steven Matteo, a Republican from Staten Island, suggested that the program pointed to the need to fulfill the council's plan to hire 1,000 more officers, an idea not yet endorsed by de Blasio.

Police Commissioner William Bratton, who did not attend the hearing, has said the matter was part of ongoing budget talks.

The Public Safety Committee hearings will focus on improving the relations between police and communities of color, which have felt for years that they drew an inordinate amount of NYPD attention even as crime continued to fall. Many who lived in those sections of the city felt victimized by years of the police tactic known as stop-and-frisk, which allowed police to stop anyone believed acting suspicious.

The use of stop-and-frisk has fallen, but some lawmakers may ask about another police strategy known as "Broken Windows," which emphasizes cracking down on low-level offenses as a means to prevent more serious crimes. Bratton is arguably the nation's chief proponent of "Broken Windows" policing and his aides testified that the policy would not be disregarded.

In City Council Speaker Melissa Mark-Viverito's State of the City address last month, she proposed creating a citywide bail fund to assist low-risk, nonviolent offenders pay small bail amounts, and the creation of a new Office of Civil Justice to make certain that low-income New Yorkers have access to legal representation. She also proposed that some low-level violations, like jumping a subway turnstile, should warrant only summonses or desk appearance tickets instead of time in jail, a punishment she said falls disproportionally on black and Latino men.

Elizabeth Glazer, de Blasio's director of criminal justice, touted efforts to ease the penalty on young men - particularly for low-level marijuana possession - and stressed efforts to safeguard some violence-plagued public housing developments and keep the mentally ill away from the justice system.

"Many with behavioral health needs cycle through the system over and over again, even for low-level offenses," said Glazer.

Other hearings are expected in the coming weeks and potential policy changes could be part of the ongoing budget negotiations between the mayor's office and the council. A final budget must be passed by June 30.