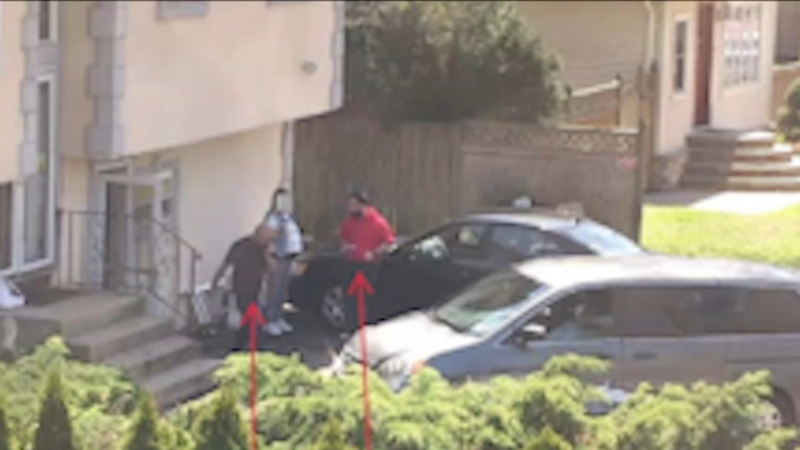 HAUPPAUGE, Long Island (WABC) -- Six people have been charged and more are being sought in a so-called "birth tourism" and money laundering scheme on Long Island that authorities say led to 119 children being born in the U.S.

Acting U.S. Attorney Seth DuCharme announced the details of the indictment Wednesday, saying the tourists are from Turkey and that 117 mothers traveled to Suffolk County to have their children before returning home.

Bebegim Amerikada Dogsun, translated to "My baby should be born in America," is alleged to have offered round-the-clock accommodation service, comfort of a home, transportation and hospital expenses, and medical and institutional support throughout the birth process, using Facebook to advertise.

TOP NEWS: Do you need a ticket to see the Rockefeller Christmas tree this year?
EMBED More News Videos

Lucy Yang has more on the changes to the most popular holiday attraction in New York City.

Suffolk County police began investigating in July of 2018 after receiving word of five women requesting birth certificates all from same house who had babies around the same time.

The practice caught the attention of the Trump administration earlier this year.

Recently, the Justice Department was asked to weigh in on the legal implications of an order ending an automatic right to citizenship for children born on American soil to illegal immigrants and short-term visitors.

Officials said Wednesday it "would be unlikely" that citizenship of the children would be suspended.

During their arraignments, Kaplan, Marte and Rodriguez all pled not guilty and were released on bond. They also had to surrender their passports.

Kaplan is in home detention with electronic monitoring for one night to gather suretors/properties and is due back in court Thursday at 3 p.m.

Rodriguez has been married 25 years and has a 13-year-old and 10-year-old.

Rodriguez's wife told the judge she would be an assurer for $50,000 for her husband's bond because "he's a good person."

Aksakal and Cakiroglu were ordered detained. Aksakal pled not guilty and is being held in jail because he wasn't able to post bond.