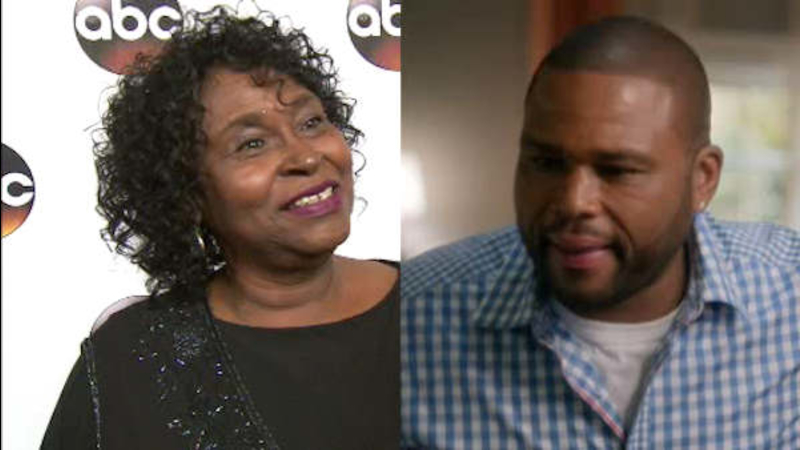 Anderson's character plays opposite his hilarious TV mother, the opinionated "Ruby," played by actress Jenifer Lewis. But his real-life mom claims she is way funnier than her famous son, and there are plenty of laughs whenever Hancox shows up.

"First and foremost - my mother wanted to be an actress, that's what she was going to be in life," Anderson said. "But my mother was a single mother at the age of 18, a senior in high school, and she put her dreams of being an actor on hold to raise an actor."

Her son became famous, which led to mom's second act.

Good Morning America's Robin Roberts asked Hancox if she was "behaving like a star," and she she is loving every minute of it.

"You know, nice cars and people fussing over you, I love it," she said. "I love it. I ain't lying. I love it. I wake up and get to work two hours early because I don't want to miss nothing."

Hancox works on her son's game show and sitcom too.

"I'm bringing my friend, Drunk Betty," she said. "She ain't going to talk. I'm going to do all the talking, but it's going to be hilarious."

Hilarious? Absolutely -- but heartwarming too.

"Now that I'm in a position to open doors for her, and give her the opportunity to finally live her dreams as opposed to living it vicariously through me, I try to do it as often as I can," Anderson said.

And when she does, she plays the press as well.

"You know I am," she said. "No scripts. I have no scripts, ever. None. What come up, comes out. That's my slogan. Whatever comes up, comes out. And, that's all I been doing. Being me."