Black Lives Matter: The Signs Behind the Windows 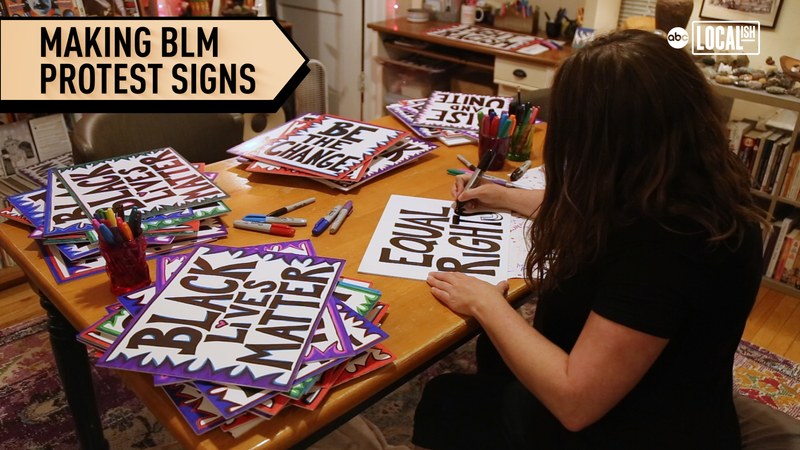 Black Lives Matter: The Signs Behind the Windows

CHICAGO -- After the death of George Floyd, Stacey Buckner knew she needed to take action in her community.

"How could I not get involved?" Buckner said. "I started going to protests, rallies, signing petitions and doing everything I could online, and then I thought I should make window signs."

She eventually turned to Facebook, letting her neighbors know that she'd make them signs to put in their windows or use during protests.

"I got a great response, a little overwhelming even. I bought more poster boards and kept making signs," Buckner said.

Roughly 150 signs later and she's still going. Messages on the signs vary from "Black Lives Matter" to "Be Kind," "Fight Oppression" and "Defund the Police."

Over the past month, Buckner has also been able to raise money for various social justice organizations, even though it wasn't her goal.

"People started offering money for donation, supplies, or toward the cause so we collected up all that money and have been able to give it to 10 or 15 charities and organizations," she said.

Some of those organizations include Chicago Alliance Against Racist and Political Repression, Brave Space Alliance and My Block My Hood My City.

And even though the donations were unintended, they were a welcome contribution.