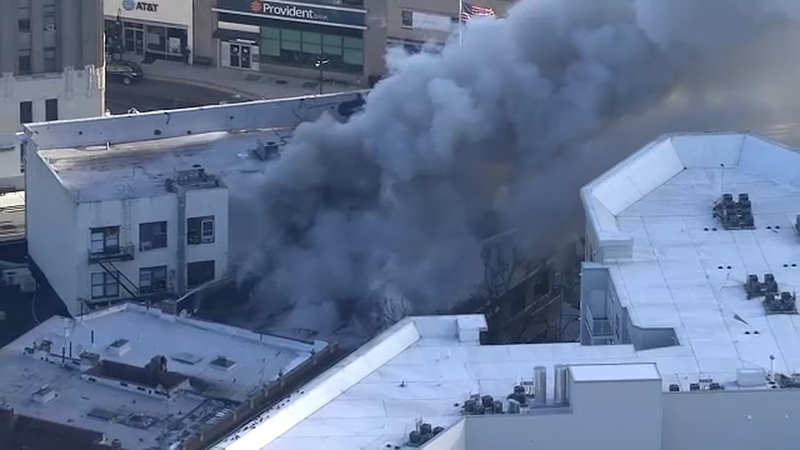 The flames broke out around 7:45 a.m. at the building on Washington Street in Bloomfield, starting at a florist and spreading to other stores and offices.

"Right now, they're conducting an exterior operation because the fire was burning throughout the floors and walls of the building, and it became too dangerous to operate inside," Bloomfield Fire Chief Lou Venezia said. "Once we knock down the bulk of the fire, we'll go back in and mop it up, but there's pockets of fires that you just have to put out."
EMBED More News Videos

NewsCopter 7 over the scene in New Jersey

At this time, no injuries have been reported, but the two-story building houses 10 businesses that were all damaged.

The cause of the fire is under investigation, but at this point, it is not believed to be suspicious.