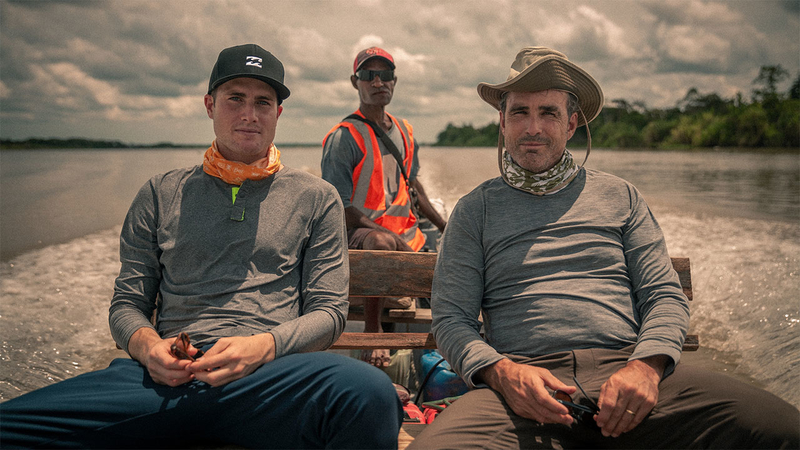 ABC News Correspondent Bob Woodruff and his son Mack are heading on a father-son adventure to some of the world's most unexpected places in "Rogue Trip," their new National Geographic docu-series that will premiere on Disney+ later this month.

The father-and-son duo will head to Colombia, Papua New Guinea, Ethiopia, Pakistan, Lebanon and Ukraine over the course of the series' six episodes. On their adventure, the Woodruffs will explore the best of the six nations known largely in recent years for conflict.

Disney+ teases that they will "share raw, big-hearted moments when 'going rogue' together changes their perspectives - not just on their own relationship, but on other people and places. "

"I couldn't be more excited to share this series with viewers around the world," Bob Woodruff said when the series was announced last month. "This is an adventure of a lifetime to be with Mack discovering together how every place on the planet has the power to surprise, amaze and inspire, despite its past."