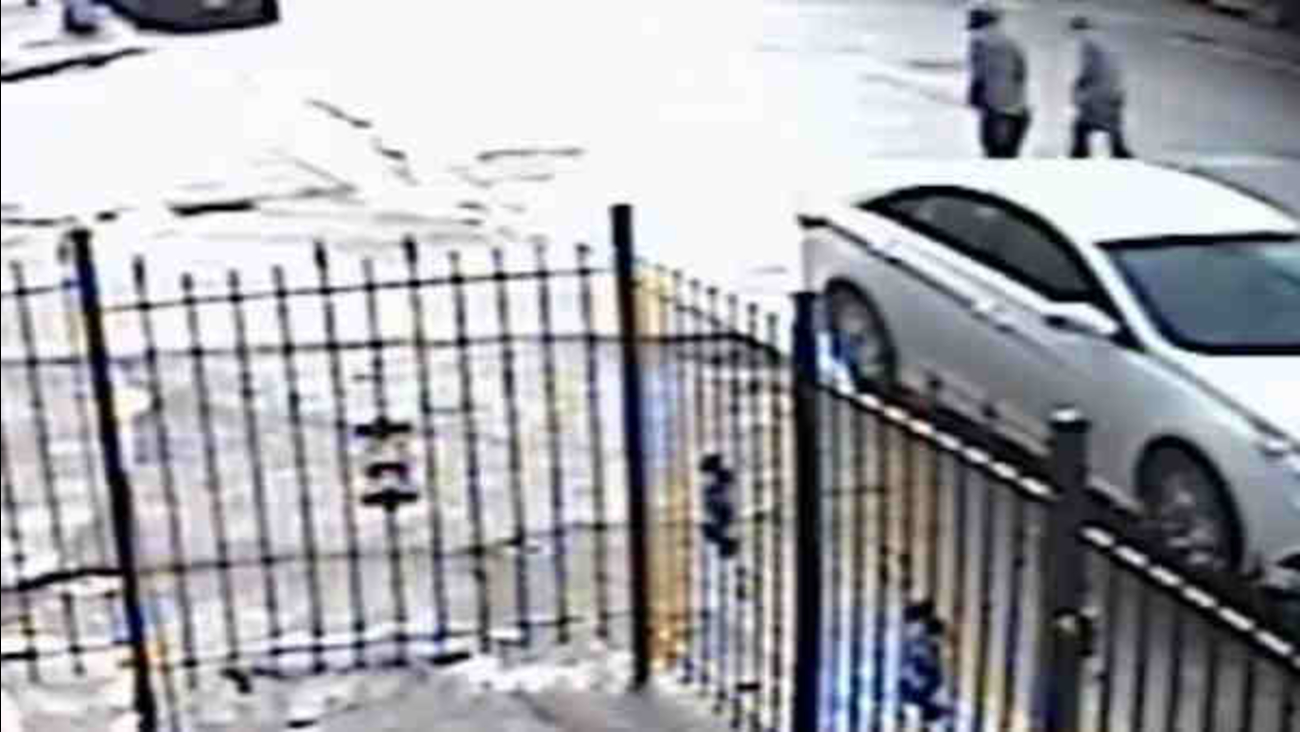 BRONX, N.Y. (WABC) -- Police are looking for a suspect in the shooting death of a man in Soundview on Thursday.

At 5 p.m. on March 26, police responded to the 1200 block of Morrison Avenue where they found a 43-year-old man shot in the head. He was taken to Jacobi Hospital, where he was in critical condition. He is expected to survive.

The victim had been stocking vegetables outside a bodega when he was shot.

"We believe him to be a totally innocent subject. He was stocking shelves outside and he was hit by a stray round. There were two individuals shooting at another two individuals," NYPD Chief of Detectives Robert Boyce said. "He was just in the wrong place at the wrong time."

Two suspects fled the scene, but Lameek Oliver, 22, was arrested at 3:20 a.m. Friday, and charged with assault.

The motive for the shooting was not known.