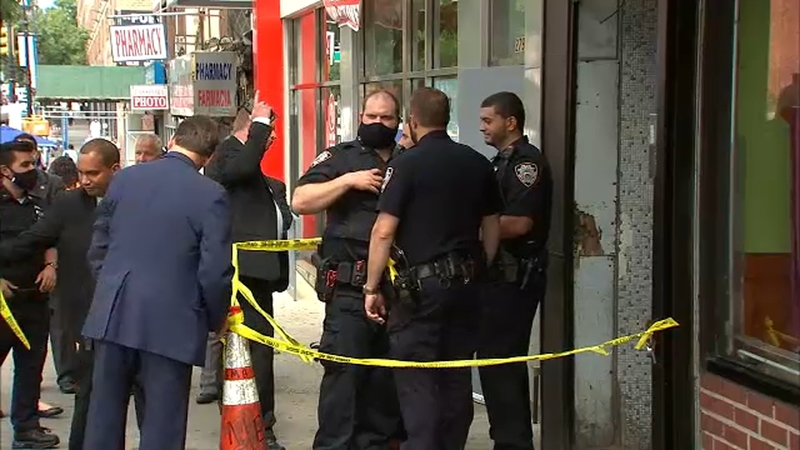 BRONX (WABC) -- An 18-year-old woman was arrested and charged with murder in the death of a man whose body was found on the roof of a McDonald's in the Bronx.

Police said Stamoulis, along with two other men, broke into victim Richard Hamlet's apartment in what initially appears to have been a burglary.

When they unexpectedly encountered Hamlet, police say the three beat him, forced him to drink a caustic liquid and choked him.

They then wrapped his dead body in a plastic bag and threw it off the building, landing on the roof of the adjacent McDonald's.

Investigators responded to a call early Wednesday and found the body partially wrapped in a plastic bag with a U-Haul blanket thrown over it.

The McDonald's closed at East 149 St. next to Lincoln Hospital as customers coming for a meal learned the news.

"That's crazy," Ronald Simmons said. "I live down the block, for this to happen!"

"This is sad this is happening aside from all the bad things already happening, we should be helping each other not killing each other," Madeline Cancel said.

Investigators could be seen with bags of evidence, placing them into the crime scene unit.

The NYPD has arrested a former personal assistant of Fahim Saleh, the tech entrepreneur who was found decapitated and dismembered in his Lower East Side apartment, according to pol