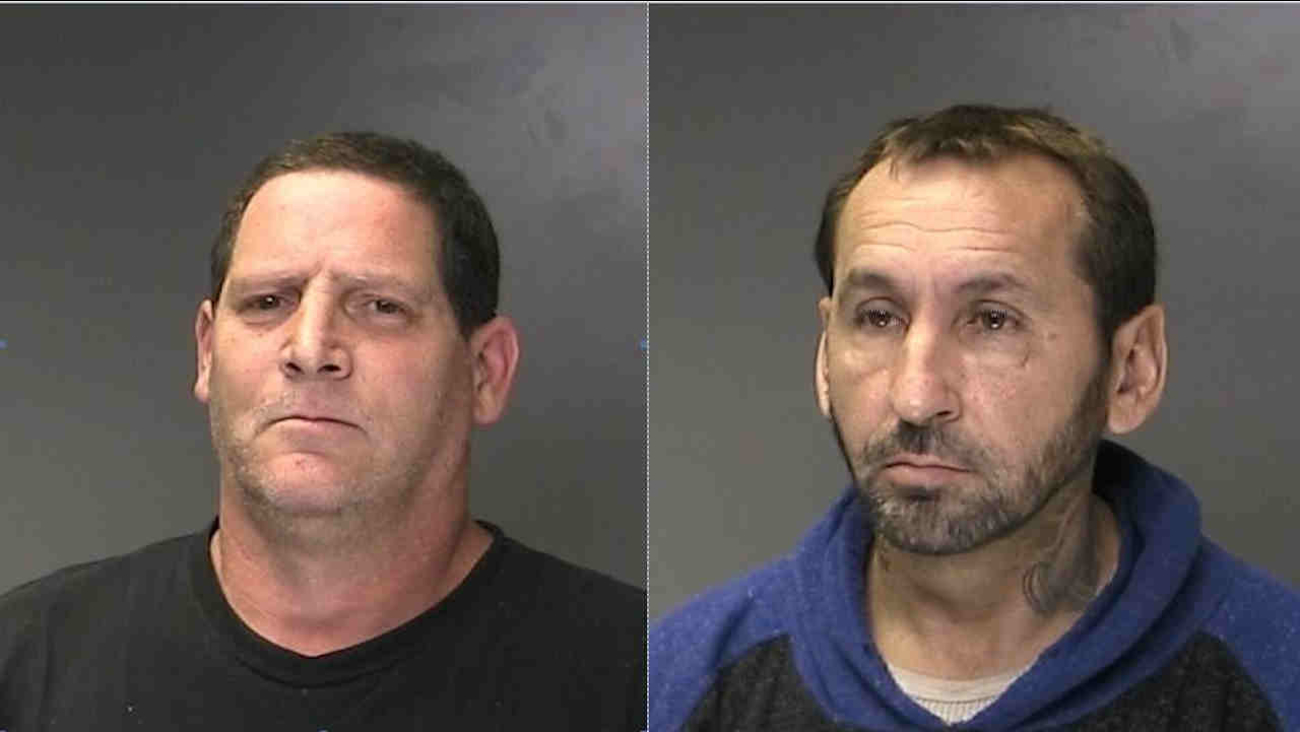 Michael Heafy, 50, of Patchogue, and Christopher Schmidt, 44, of Selden, were arrested Tuesday in Bohemia.

Suffolk County Police were called around 10:15 a.m. to Louis Kossuth Avenue in Selden. A witness reported that they saw the men taking an envelope containing money on a garbage can.

Police found the men in the car and arrested the occupants. Each was charged with petit larceny.

Police are investigating to see if the two have been involved in similar incidents. Anyone with information on the case is asked to call 631-854-8526.