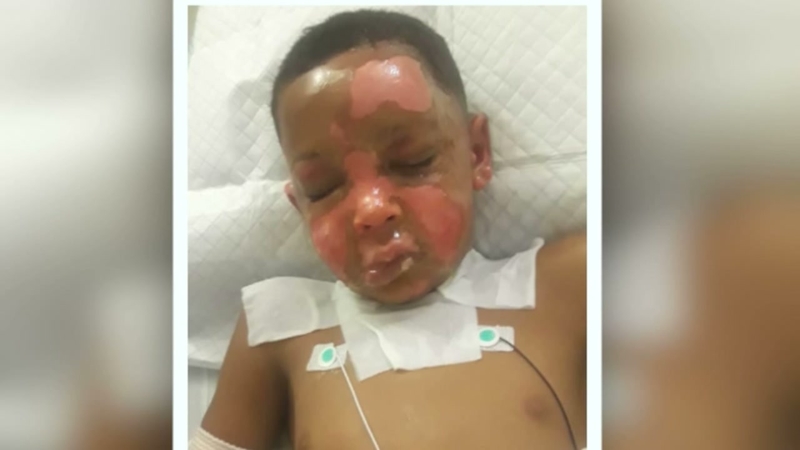 Boy injured after being set on fire with nail polish remover, mom says

Julian's mom, Ashley Lyons, says he was attacked by their neighbor's 8-year-old child.

Lyons says her son was doused in nail polish remover and lit on fire with a candle.

"I received a call when I got to court saying that my son was being rushed to the hospital. They said a child drowned my son in fingernail polish remover and lit him on fire, on purpose," Lyons said.

The young victim was severely burned and his internal organs were impacted.

"The burns were so bad that they had to go in immediately and do surgery. They had to scrape his face and all of his skin," Lyons said.

The incident took place on Aug. 6 at the Hawthorne Place apartment complex.

Now four days after the attack, Lyons says Julian is doing better than expected but has a long road to recovery.

"For the rest of his life. They're talking anywhere from two to three years just to get his skin to grow back. That's not including the pigment or the color of his skin," Lyons said.

As she prepares for the next steps in her son's recovery, Lyons says she's worried about how to keep her son safe if she returns to the place where it happened.

"The hospital is trying to release him soon, and we're coming up with a home plan, but there's no home plan. This is not safe," Lyons said.

The manager of the apartment complex says she was not aware of the incident.