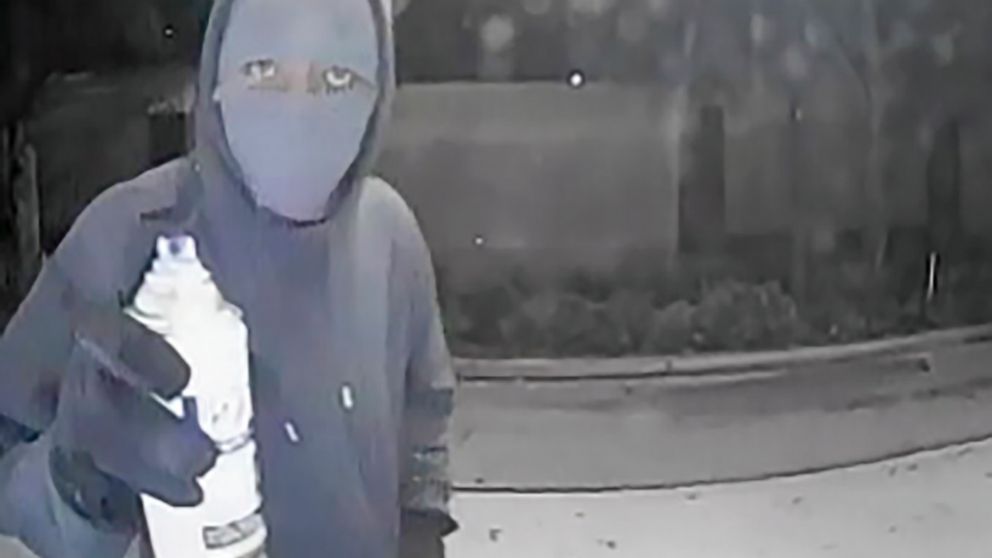 Authorities in Florida are looking for the person responsible for blowing up a drive-thru ATM in the early morning hours Sunday and taking an unknown amount of cash.

The blast occurred at the Regions Bank "between the evening of January 11, 2020 and the morning of January 12," the Hillsborough County Sheriff's Office said in a news release Sunday.

Police said that before the blast occurred, an individual used black spray paint to cover the lenses of surveillance cameras in the vicinity of the bank. It was not clear how much money had been stolen from the ATM, police said.

The explosion was the third one of its kind in the Tampa area, Hillsborough County Sheriff Chad Chronister said during a news conference Monday. He said that while authorities believe the blasts were connected, they could not say with 100% certainty.

All three cases occurred in the early morning hours between 3 a.m. and 4 a.m.

Chronister also said the individual was not detonating the explosive device remotely, which the sheriff said would have put customers at risk.

"He's detonating in person, at the ATM," he said. "We're trying to do a profile on this individual to find out any little lead. ... I can't say with any certainty that someone else isn't helping him in the process, but it appears to us that it's him, the one, detonating and trying to access the cash at the scene."

While there was grainy surveillance video from the Region Bank explosion, a description of a suspect or suspects was not available. Chronister said he didn't have any information on how sophisticated the explosives were.

"Our detectives are out now canvassing local businesses that were close to the bank to try to see whatever surveillance video they may have," he said.

There was a similar incident on Dec. 22 in Tampa and another in November 2019 in Pinellas County. Chronister said the suspect or suspects in those blasts were not able to retrieve any money from those ATMs.

The Hillsborough County Sheriff's Office said the FBI and the Bureau of Alcohol, Tobacco, Firearms and Explosives were also working with his department to investigate the explosions.

Anyone with information on a possible suspect was asked to call the Hillsborough County Sheriff's Office at (813) 247-8200.

"If you hear an explosion, please reach out and call us," Chronister said. "It will help us not only narrow down the timeline but try to catch this suspect in the course of what he's doing. ... You never know the damage or the harm he could cause to anyone else."
Report a correction or typo
Related topics:
abc newsnational
Copyright © 2020 ABC News Internet Ventures.
More Videos
From CNN Newsource affiliates
TOP STORIES