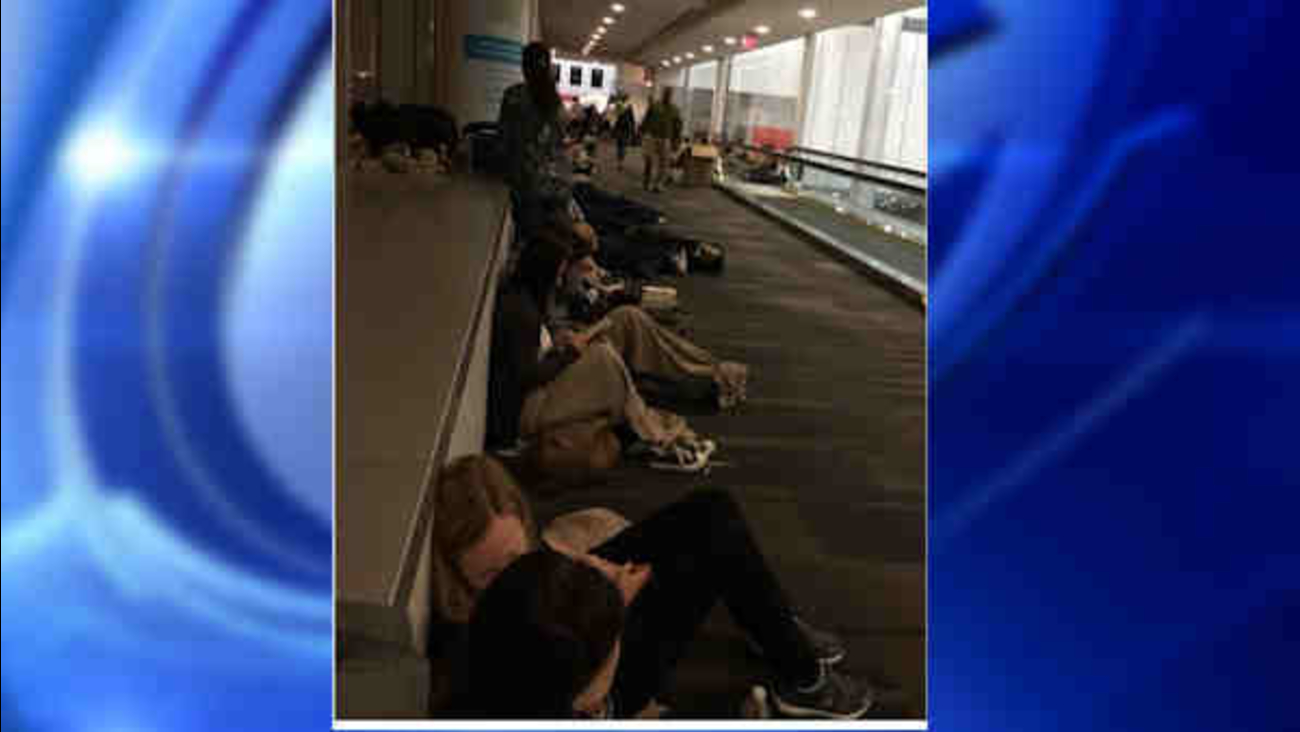 PHILADELPHIA (WABC) -- British Airways flight 183 was scheduled to land Friday night in New York but was diverted to Philadelphia due to bad weather.

The plane was scheduled to land at JFK around 10:20 p.m., but instead the flight was diverted to Philadelphia, landing at 11:32 p.m.

British Airways released a statement apologizing for the delay.

"The captain of BA183 decided to divert the aircraft due to bad weather at JFK Airport. We're very sorry for the delay to our customers' journey but safety is always our top priority," it said. "Our staff looked after them, rebooking those with connections and arranging bus transfers to New York. All of our customers are now on their way to their destinations."

@British_Airways What's the deal with BA183? Diverted, now stranded on a plane for 5+ hours? What possible reason is there for this torture?

The FAA confirmed on Saturday that at JFK around 10 p.m., the flight made a missed approach, which is a safety procedure that the pilot can request if they think the landing cannot be completed. Other aircrafts made missed approaches Friday night at JFK as well, according to the FAA.

There was fog and low visibility for much of the night.

Actor Jeremy Piven was on board the flight, and took to Twitter to express his frustration, like many of the other passengers.

They won't let us off the plane, we flew from London ... https://t.co/YWNIavdbUT

@British_Airways BA183 diverted from JFK to PHL which was closed when we landed. Stranded on plane for 6 hours until airport opens

Passengers tweeted that they were kept on the plane for three hours after landing and then they had to wait several hours for customs personnel to arrive. They were either re-booked or taken by bus to New York. There were reports of fog at JFK Friday night.