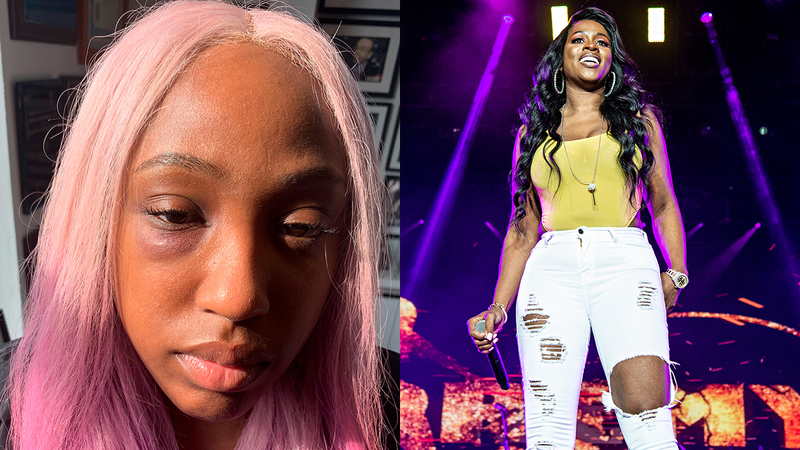 NEW YORK CITY -- A reality television star is accusing a prominent rapper and her co-star of attacking her during a benefit concert in New York City Tuesday night.

Brittney Taylor, who appears on "Love and Hip Hop: New York," claims Remy Ma punched her in the right eye around 9:30 p.m. at Irving Plaza in the East Village.

The 29-year-old Taylor says she suffered bruising to her right eye and was treated at Mount Sinai Hospital.

"We're calling for all witnesses who saw what happened to come forward, as well as anyone who may have videos of what happened," attorney Sanford Rubenstein said. "And we're moving in court to preserve any videos at the venue of what happened."

Taylor reported the incident to police the next day, although there were police officers at the concert.

"A conversation did take place involving Remy Ma's stepchild," Rubenstein said. "I don't have any details with regard to the specifics of the conversation, but that's what led up to the event."

Taylor later posted a picture of her black eye on Instagram.

Ma, whose real name is Reminisce Smith, has not been arrested or charged with a crime, but police are expected to interview her in the future.

She was slated to perform at the concert, billed as the "Pretty Lou Benefit Concert."