Bronx business owners may not recover from looting 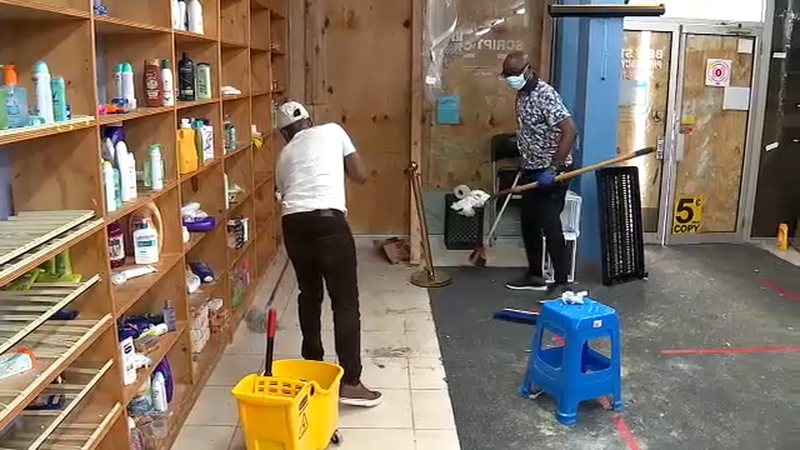 Bronx business owners may not recover from looting

FORDHAM, the Bronx -- More than two dozen business owners in the Bronx were left wondering if their businesses would be able to recover after they were targeted by looters during the George Floyd protests.

On Monday night, at least 27 businesses were broken into along Fordham Road and the surrounding area.

During the chaotic night, looters broke into Beverly Hills Furniture on Kingsbridge Avenue and didn't leave for 12 hours.

"You could see on the camera the people didn't care about covering their faces," store owner Johanser Sanchez said. "They just came, they didn't care and they were just stealing merchandise. How can you steal a mattress and then sleep on it?"

It was a slow and painful cleanup for many businesses like Goodlife Pharmacy.

"Old people they coming in and they cry because they know we're here to help," one employee said.

Surveillance video captured vandals crowding into the small store and stealing anything and everything.

On Wednesday there was a visible police presence and extra cleanup help provided by the non-profit organization Fedcap at the request of council member Ritchie Torres.

As for Sanchez he vowed to rebuild despite losing an estimated $400,000 worth of merchandise.

"I've just got to keep on working and give the best to my customers," Sanchez said.