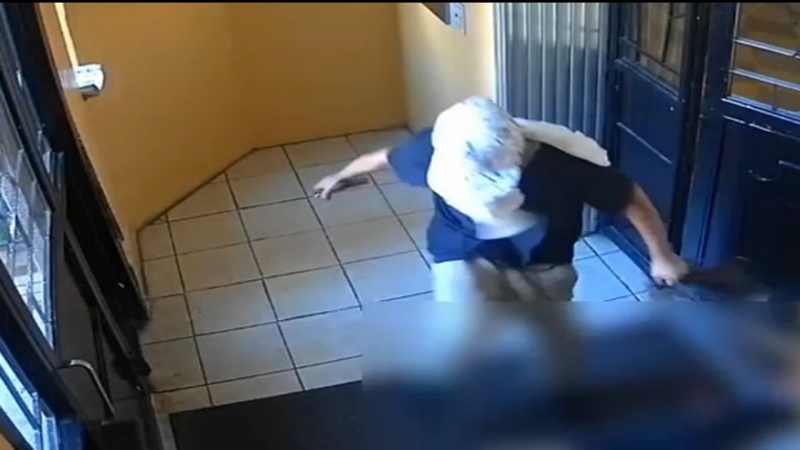 ALLERTON, Bronx (WABC) -- A violent attacker targeted a 10-year-old girl in the Bronx.

The man had already stolen the girl's iPhone, and then kicked her while she was down.

The child's mother, who did not want to be named, says the girl was swollen for three days, and her nose and lip are still bruised.

Carlos Garcia, 11, said he heard the girl from his fourth floor apartment. He says he knew something was not right.

"I didn't hear her scream 'help,' but I was just like hearing her cry. I didn't know what happened," Garcia said.

As for what the girl's mom would say to her daughter's attacker?

"I just tell him to think about what he did. Think about it. And I just hope one day he regrets what he did to her," she said.