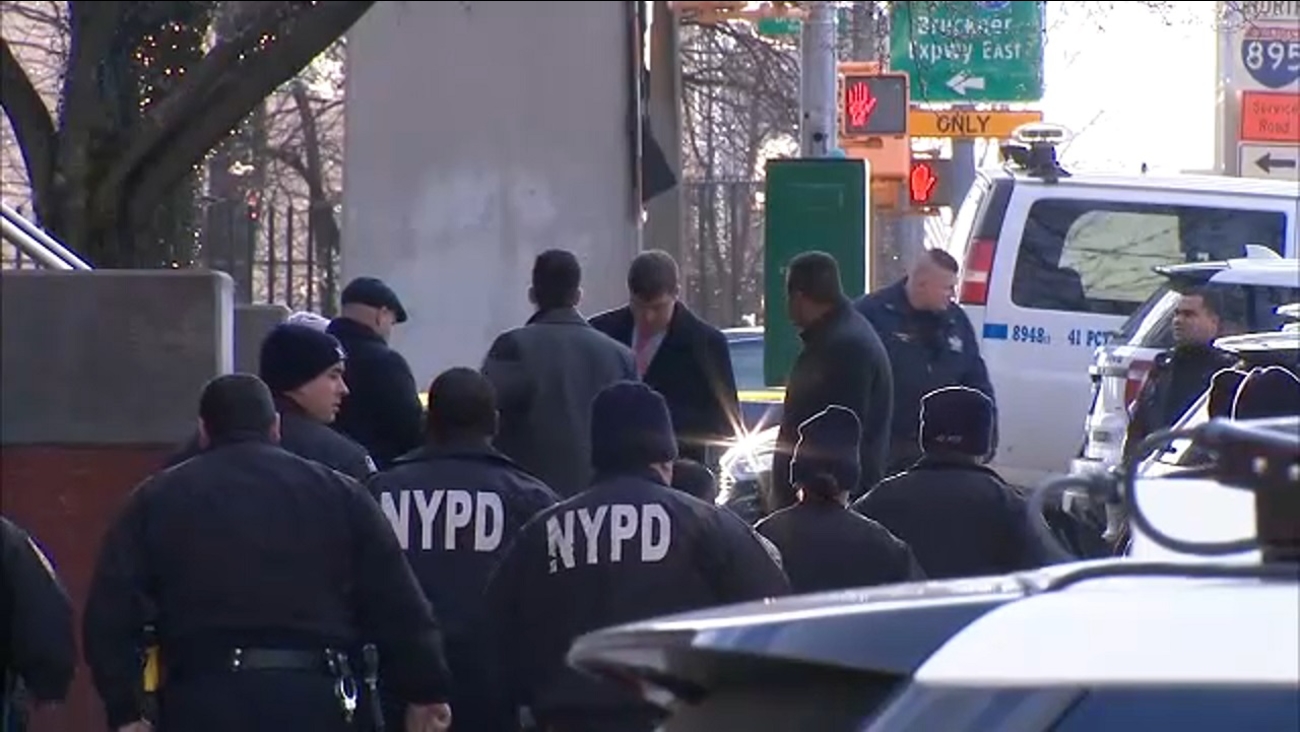 LONGWOOD, Bronx -- A rally was held Sunday night outside the 41st Precinct stationhouse to show support for the officers in the wake of Saturday and Sunday's shootings.

Those who attended prayed for the officers, and also got political, condemning the controversial new bail reform law, even though it would not have applied to the gunman.