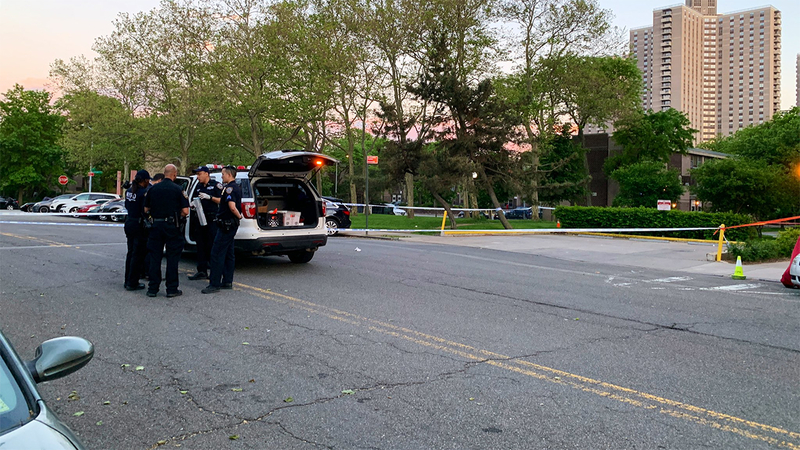 The shooting happened at about 6:30 p.m. at Co-Op City. Eyewitnesses heard arguing, then gunfire.

Three 20-year-old men were shot in the leg and taken to Jacobi Hospital. All are expected to survive.

Police say the gunman fled the scene in a car.

Children were among those scrambling to get away when the shots rang out. "I heard like four shots boom boom boom, and then everybody just started running out of the park," said eyewitness Aiesha Mackenzie.

Co-Op City is not known for gun violence. "Kids were here, adults, babies. It was crazy. Crazy," said Mackenzie. "This never happened around here, this was a first in this community."

It happened just about 20 yards away from the playground, which was packed on the first truly warm day of the season.

Police believe the victims were all the intended targets of the gunman. But the motive is not yet known.