Family believes his illness is related to toxic exposure at school, which sits near landfill 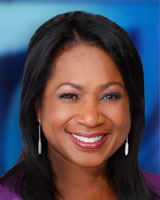 The mother of Javien Coleman is suing Brookhaven and South County School District, accusing them of failing to take action to prevent toxic exposure. Sandra Bookman has more.

BROOKHAVEN, Long Island (WABC) -- A mother is planning to sue a school district and town on Long Island, claiming they are responsible for her son's death.

Javien Coleman, 13, lost his fight with non-Hodgkin's lymphoma last October. His family and others believe his illness can be directly traced to his school Frank P. Long Intermediate, which sits right next to the Brookhaven landfill.

"Fourth and 5th graders should not be going to school every day getting headaches, nausea and dizzy because of the odors," said Adrienne Esposito of Citizens Campaign for the Environment. "And school boards should not be in denial."

On Monday, attorneys for Coleman's family announced a lawsuit against the South County School District and the town of Brookhaven, accusing them of failing to relocate the school and take action to prevent toxic exposure.

"The fact that you're exposing young children to these toxins knowing that they exist, knowing that there are elevated levels at the school is just unconscionable," said the family's attorney Christopher Murray.

The issue of toxic air quality at Frank P. Long has been the subject of controversy for nearly a decade.

Its proximity to the landfill and its odors and emissions are at the center of concerns.

Nearly three dozen teachers who worked there have been diagnosed with cancer or other illnesses. In fact, there are several ongoing lawsuits.

For the family of a 13-year-old boy, who loved football more than anything, this is not just about justice for Javien Coleman, but for everyone else as well.

"The school really needs to be shut down," Hutlet said. "They're jeopardizing a lot of kids. Not just the kids but the teachers, the workers. And they need to just shut it down."

Eyewitness News reached out to the South County Central School District for comment.

Administrators responded with a statement, calling Coleman's death "a tragedy," and said they cannot comment at this time.

A similar response was given from the town of Brookhaven, which told Eyewitness News, "It does not comment on matters of potential litigation."