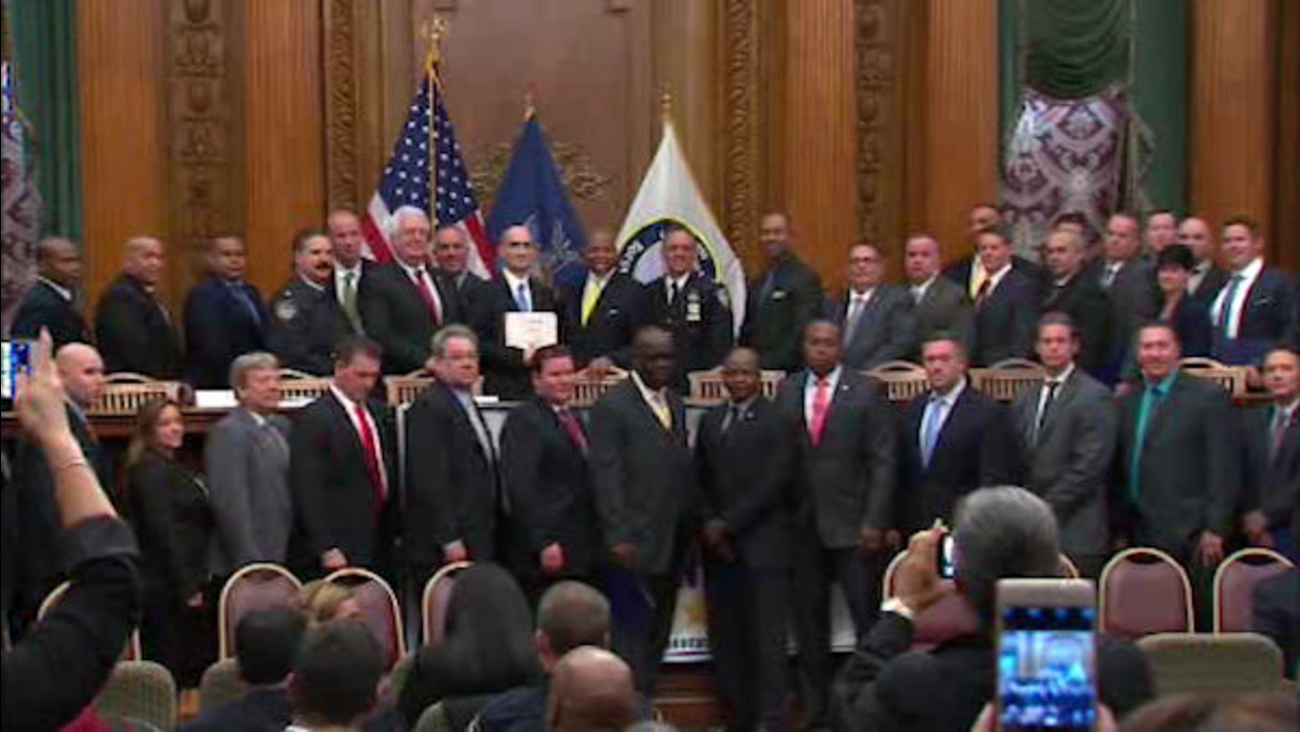 DOWNTOWN BROOKLYN (WABC) -- An awards ceremony was held in Brooklyn Thursday to honor detectives for their work in solving cases and tracking down criminals.