Why abandoned cars are taking up Brooklyn parking spaces 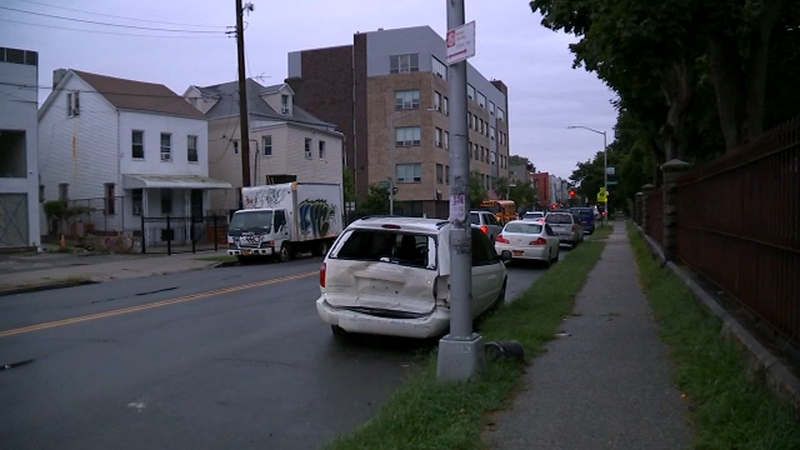 Why abandoned cars are taking up Brooklyn parking spots

EAST NEW YORK, Brooklyn (WABC) -- On a stretch of Jamaica Avenue right by a cemetery, is a place where old cars go to die.

Eyewitness News went for a ride with City Councilman Rafael Espinal to see a rising nuisance in his community.

Legal parking spaces have become a cross between a used car lot and a junkyard - and it is driving his constituents crazy.

"These cars continue to spawn - they just continue to reappear as if it was magic," Espinal said.

Last year, the city fielded nearly 27,000 311 complaints about so-called derelict cars. This was a threefold increase in just four years.

The city does tow such cars, but the owners can pay a nominal fine and get them back.

"The police department and sanitation department, they're saying their tow pounds are being overwhelmed with the number of cars they're towing," Espinal added.

Eyewitness News called the numbers on some of the cars for sale. Espinal says the cars belong to burner phones that are impossible for police to track.

The owner of a 2008 Ford Escape selling for $3,400 had his son call back. He claimed he had no idea this was against the law.

Espinal says the fines aren't nearly enough to deter the activity, and he wants the state legislature to increase them.