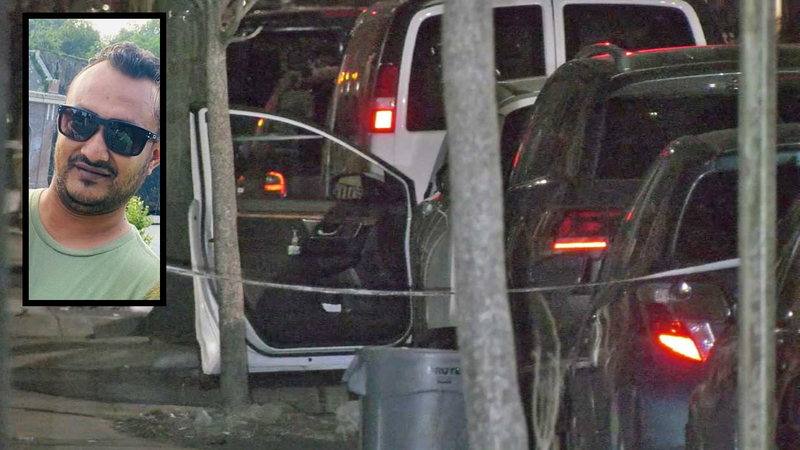 Neighborhood in shock after man fatally shot outside home

CYPRESS HILLS, Brooklyn (WABC) -- A close-knit Brooklyn neighborhood is in shock after one of its residents - a devoted husband, loving father and hard working provider - was shot and killed right outside his home early Wednesday.

It happened shortly after midnight in the 200 block of Forbell Street, near the corner of Glenmore Avenue, in Cypress Hills.

Neighbors heard a single gunshot as Modassar Khandaker, known to many in the Bangladeshi community as Jitu, was getting out of his white Honda CRV.

Someone approached the 36-year-old and shot him in the head.

An ambulance took Khandaker to Jamaica Hospital, where he was pronounced dead.

"I don't know what happened there, and I walk over there and suddenly I hear this news and I am very shocked and nervous too," sister-in-law Minhajsultana Khan said. "I can't explain my feeling about this."

The gunman took off but left the victim's car. Neighbors are now on alert.

"It happened right next to my house," Mohammed Uddin said. "I'm two houses way from him."

Even more concerning for Uddin is the safety of his two young children, whom he walks to school.

In fact, the Bangladeshi neighborhood is full of children, with a mosque and school right at the corner of the shooting scene. It's also where neighbors say Khandaker prayed with his wife and young son.

"It's sad, it's very sad," Uddin said. "The guy, we know him very well. No issues with anybody, go to work, come back. Now all of a sudden he's dead. It's very sad for the community."

Raw video: A 36-year-old man was fatally shot outside his home in the Cypress Hills section of Brooklyn early Wednesday.

This block is lined with home security cameras outside the Al-Aman Mosque and on people's homes. Crime scene investigators collected evidence all morning.

They have not revealed a potential motive, but neighbors say the victim worked at JFK International Airport and did not have any apparent enemies.

They say crime is simply out of control.

"This area in the last couple of weeks, I heard couple of gunshots," area resident Mohammed Kawsar said. "So this is a regular issue in this area, so yeah. I'm very concerned about that."

NYPD statistics for the neighborhood showed that while shootings are down, other crime is on the rise. Grand theft auto, felonious assaults, robberies and burglaries are all way up from this time last year.

Police wasted little time asking for the public's help, and officers posted flyers encouraging people to come forward with any information that might help investigators track down the gunman.

"I used to see him on Liberty Avenue all the time," Kukon said. "He used to go to my office. We used to share a lot of stories. But he was a very, very hard working family guy."