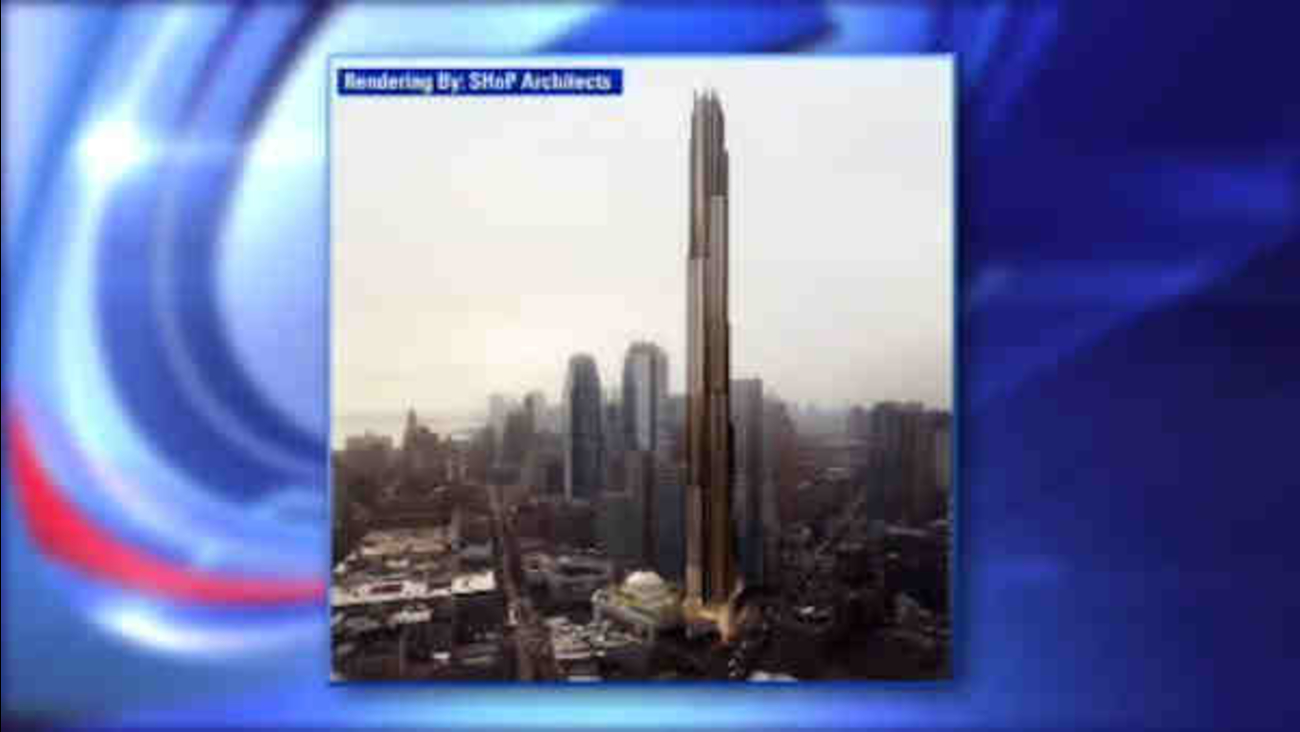 DOWNTOWN BROOKLYN -- New York City has approved a proposal for a 1,000-foot skyscraper in Brooklyn.

The tower would be nearly twice as tall as any other building in the borough.

The design by SHoP Architects calls for 500 units and a tapered and hexagonal form clad in bronze and black metal fins.

The New York Times says the tower will be built on a portion of the neighboring Dime Savings Bank of Brooklyn, a city landmark. That allows the project about 300,000-square-feet of air rights.