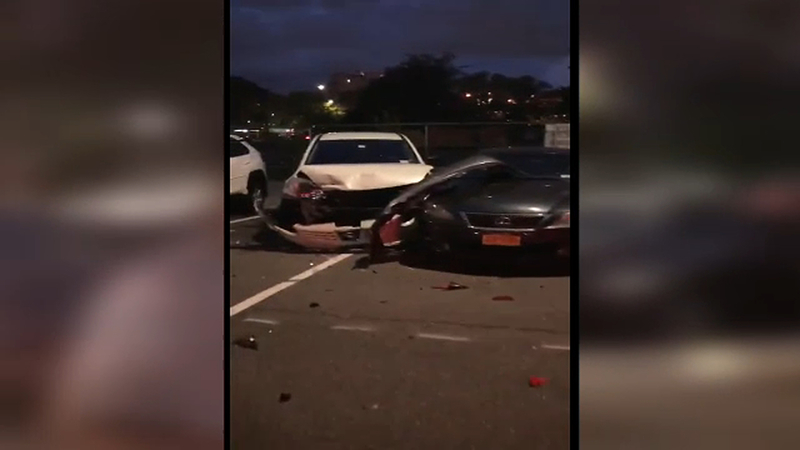 WILLIAMSBURG, Brooklyn (WABC) -- Several parked cars were damaged when police tried to pull over a couple of teenagers in Brooklyn this week.

A 15-year-old and 16-year-old were both arrested Wednesday after the incident at Boerum and Lorimer streets in Williamsburg.

Officials say police attempted to pull the teens over for having a broken headlight, but they took off instead of stopping.

One of the cars belonged to Emelia Strzalkowska, a Bedford-Stuyvesant school teacher who just found a nursery school for her 3-year-old son.

"Which was completely dependent on me being able to drive him to East Williamsburg. I have to have a car," she said. "So at this point it's my child's education on the line."

Both teenagers are facing charges of reckless endangerment, criminal mischief and fleeing from an officer in a motor vehicle.

The 16-year-old is also facing additional charges of leaving the scene of an accident and driving without a license.