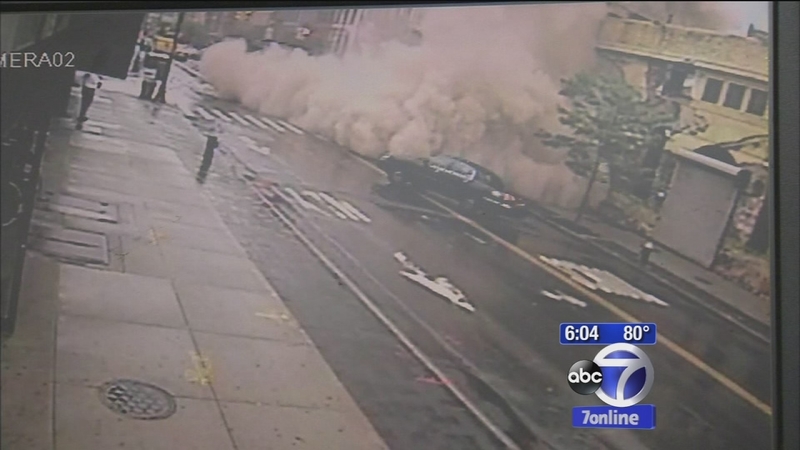 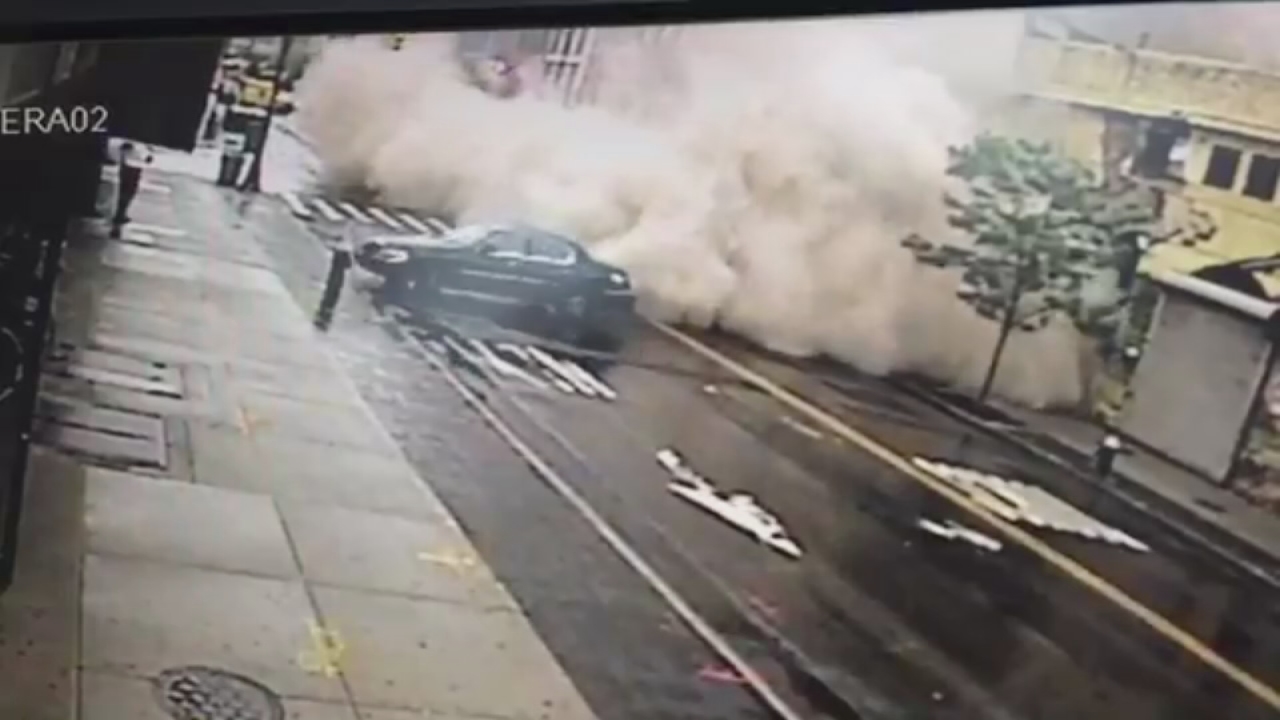 The collapse injured three people when it occurred on Fulton Street in the Bedford-Stuyvesant section of town.

It started with a partial collapse, seen on surveillance video, with people on the sidewalk staring in disbelief. But nearly 20 seconds later, they run for cover as the whole building comes crashing down.

A livery driver stopped on the block tries to turn around, but the massive plume of dusty smoke is traveling faster than he is, enveloping his car.

Courtney Long was watching it all on a monitor in his store on Fulton Street.

"Once the smoke started coming I was like, 'I got to close that door,' because there was so much debris and dust it reminded me of 9/11," Long said.

The aftermath out on the street was shocking.

A man who looks frantic runs away from the building right next to the collapse.

"My hands are shaking, wonder if anybody is in that building above," a witness said.

"What just happened," another said.

"Just bedlam, and people running and scattering. And I ran to the front to see what was going on," Long said.

Three people were injured, but fortunately none seriously.

What we also know is that according the Buildings Department, there was an application in December of last year, to demolish the vacant building, but no approved permit.

So the question is, was there illegal demolition going on? Or was there some other reason for Tuesday's collapse?

Investigators continue their search for answers as the owner of the adjacent building remains in limbo.

"So can you tell me what the structural integrity is of this building?" Eyewitness News asked.

"I don't know, there's a vacate order on it right now," the owner said.