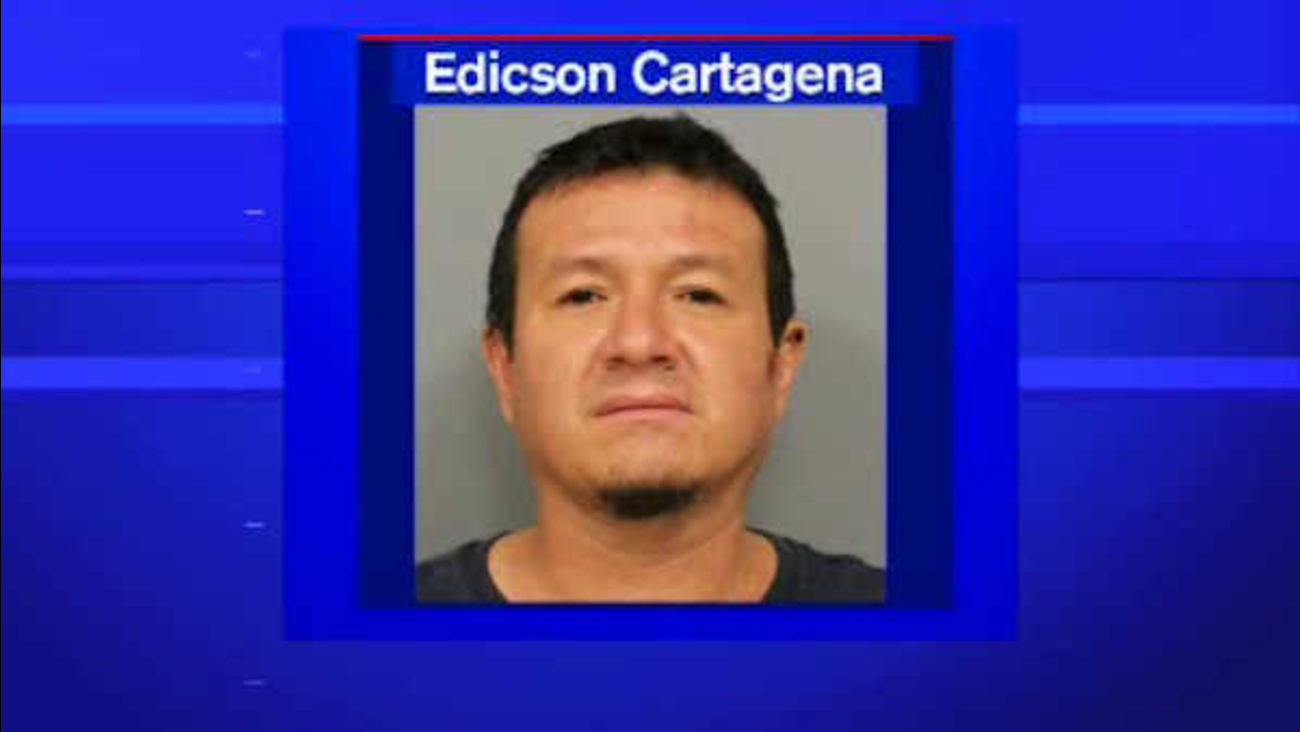 UNIONDALE, Long Island (WABC) -- A Nassau County police officer is recovering after authorities say she was punched in the face by a burglary suspect.

On Sunday morning, police responded to the Tesoro Café in Uniondale for a man who had thrown a brick through the front window.

Officers tried to arrest the suspect, 26-year-old Edicson Cartagena, when he spit into the eye of one of the officers and punched her several times in the right eye, police said.

After a brief struggle Cartagena was placed into police custody.

The officer was transported to a nearby hospital and treated for her injuries.