California recall election: Everything you need to know about the race against Gov. Gavin Newsom

Candidates are making their last-ditch effort for support with California's recall election two days away.

SACRAMENTO -- California voters head to the polls on Tuesday to decide whether to recall Democratic Gov. Gavin Newsom.

Millions of voters have already cast their ballots -- all registered voters in the state were mailed one -- and so far, Democrats have outpaced their registration advantage in the overwhelmingly blue state. But Republicans are counting on doing better on Election Day because of their party's preference for voting in-person.

The first and only successful gubernatorial recall in the state was in 2003, when Californians voted to oust Democratic Gov. Gray Davis and replace him with Republican Arnold Schwarzenegger.

The grassroots effort to oust Newsom, who was elected in 2018, was launched last year by a group of conservative Californians critical of the Democratic governor's record on immigration, taxes, the death penalty and the state's homelessness crisis, among other issues.

But their quest to collect enough signature petitions to force a recall election took off late last year amid anger about Newsom's COVID-19 stay-at-home orders and other restrictions. The resurgence of the pandemic and frustration with the state's wildfire, drought and homelessness crises injected an unexpected level of volatility into the race over the summer, leading to concerns among Newsom allies about the lack of awareness about the recall election among Democrats, while GOP voters were highly enthusiastic and motivated to vote.

But in the end, it may be the fears about the surge of the delta variant that allow Newsom to keep his job. The contrast he and top Democratic surrogates haves painted between himself and the leading GOP replacement candidate -- conservative talk radio host Larry Elder -- on managing COVID has allowed Newsom to shift the trajectory of the race.

In the most recent polling from the Public Policy Institute of California, conducted at the end of August, only 39% of likely voters said they would vote "yes" on recalling Newsom, while 58% said they'd vote "no."

How does the recall work?

Voters will be asked two questions on the recall ballot: First, "yes" or "no" on whether they want to recall Newsom. Second, they will be asked to select from a list of candidates from all parties who wish to replace him. Forty-six contenders have qualified for the ballot, but there is no well-known Democrat vying to replace him. (Newsom is not allowed to run as a replacement candidate).

If a majority vote "yes" on the first question, Newsom is removed from office and the top candidate on the second question takes over, even if that person receives only a fraction of the vote. If a majority votes against recalling Newsom, he keeps his job and the results of the second question are irrelevant. There are no other initiatives or referenda on the ballot.

When would a new governor take office if Newsom is recalled?

County officials have up to 30 days after the election to finish tallying the vote count. If the recall of Newsom is successful, the secretary of state would certify the results on the 38th day after the election and the new governor would take the oath of office.

The new governor would serve the remainder of Newsom's term through January 2, 2023. The state's recall mechanism has been part of the law since 1911. But in that time, only one governor was successfully recalled, when Davis was ousted in 2003 and replaced by Schwarzenegger.

Who's running to replace Newsom?

The most prominent candidates vying to replace Newsom are Republicans, but most were so little known that rank-and-file Republican voters often had trouble naming them in interviews with CNN for much of this year.

That changed when Elder made a late entry into the field in July. He has galvanized Republican support around his candidacy, according to polls.

Of those who expressed a preference in the recent Public Policy Institute of California survey, 26% favored Elder while the other prominent replacement candidates were in single digits: former San Diego Mayor Kevin Faulconer at 5%, businessman John Cox at 3%, state Assemblyman Kevin Kiley at 3% and reality TV star and former Olympian Caitlyn Jenner at 1%. (The other potential replacement candidates were not named, according to PPIC.)

There are nine Democrats listed among the replacement candidates, but Newsom and the state Democratic Party have urged voters to skip the second question altogether. The governor's ability to keep his job rests on getting Democratic voters to return their ballots, so they're hoping to avoid any confusion about the list of more than 40 names on the flip-side of the ballot. That strategy, however, has frustrated some Democratic replacement candidates.

Why is this recall happening now?

The recall gathered steam late last year at a time when many Californians were frustrated with Newsom's restrictive response to the pandemic and what some viewed as erratic rules and regulations for businesses and restaurants. The major turning point for recall organizers came in November when Newsom attended a friend's birthday party at a lavish French restaurant in Napa Valley at a time when he was urging Californians to stay home and avoid large gatherings with multiple households. Newsom apologized, calling the dinner "a bad mistake," but it was widely perceived as hypocritical and grossly out of touch when many Californians were struggling. Also in November, the pro-recall forces got a boost when a judge agreed to give them an extra four months to collect signatures due to the impact of COVID.

Both fundraising and signature petition-gathering accelerated for recall proponents, who had to gather 1,495,709 valid petition signatures to qualify (the equivalent of 12% of the votes cast for the office of governor in 2018).

At that opportune time for Republicans in mid-November, a judge extended the deadline for recall supporters to collect signatures by four months. Ultimately, they easily surpassed the total needed for the recall to qualify.

After a series of procedural steps -- including the verification of the signatures on the petitions by county election officials -- the state's lieutenant governor called the election for September 14. The state's Department of Finance has estimated the cost will be $276 million.

In such a blue state like California, why is this election getting so much attention?

Democrats outnumber Republicans in California by nearly 2 to 1 and Newsom won the governor's office in 2018 with 62% of the vote.

But many Democrats were not even aware that the election was happening and during a frustrating year as the pandemic continued, Democratic strategists worried about the level of apathy among their voters.

For months, polls had shown that most of the excitement and enthusiasm was on the Republican side among voters who want to recall Newsom. In a CBS News/YouGov poll conducted in early August, 72% of Republican registered voters said they were "very motivated to vote" compared with 61% of Democrats.

How is Newsom fighting the recall?

Newsom has been trying to nationalize the race, with top Democrats like Vice President Kamala Harris and Massachusetts Sen. Elizabeth Warren joining him on the trail to talk about everything from managing the pandemic to protecting voting and abortion rights in the wake of Texas' six-week abortion ban going into effect earlier this month. President Joe Biden is also expected to join him in the final stretch.

Elder has served as a crucial foil for Newsom and his allies in that strategy, with the governor framing the election as "a choice about life and death" because of how differently each would approach the fight against the coronavirus.

Newsom has touted the state's vaccination rate -- about 57% of Californians are fully vaccinated -- and he has directed part of the state's $75.7 billion budget surplus toward stimulus checks to lower and middle-class residents if they had not received an earlier check from the state.

In the recent Public Policy Institute of California's survey, Californians named COVID-19 as the top issue facing the state, outpacing jobs and the economy, homelessness and housing. Among likely voters, 58% approved of the way Newsom was handling the coronavirus outbreak.

"Your vote could be the difference between protecting our kids and putting them at risk," former President Barack Obama said in a TV ad for Newsom released the week before the election.

All of that messaging is geared toward energizing Democratic voters in hopes of overcoming the enthusiasm gap -- and so far, it seems to be working.

As of Thursday, about 7.3 million pre-Election Day ballots had been cast -- about 53% by registered Democrats and 25% by registered Republicans, according to Political Data Inc., a firm that does work for Democratic candidates, progressive organizations and nonpartisan campaigns. That means Democrats are overperforming their registration rate in the state (46.5%, according to the California secretary of state's office), but GOP strategists have expected more Republican voters -- some of whom are skeptical of mail-in voting because of former President Donald Trump's false claims -- to vote in-person on Election Day.

How can Californians vote in the recall?

California voters can return their ballots via the United States Postal Service or any official vote-by-mail drop box, or drop them off at any participating vote center in certain counties. No postage is necessary, but voters must sign the back of the vote-by-mail envelope. Ballots returned by mail must be postmarked on or before Election Day and be received by county election officials by September 21. Californians also have the option to vote, or register, in person either early or on Election Day. While dates, times and locations for early voting vary by county, polls are open from 7 a.m. to 8 p.m. PST on Election Day. 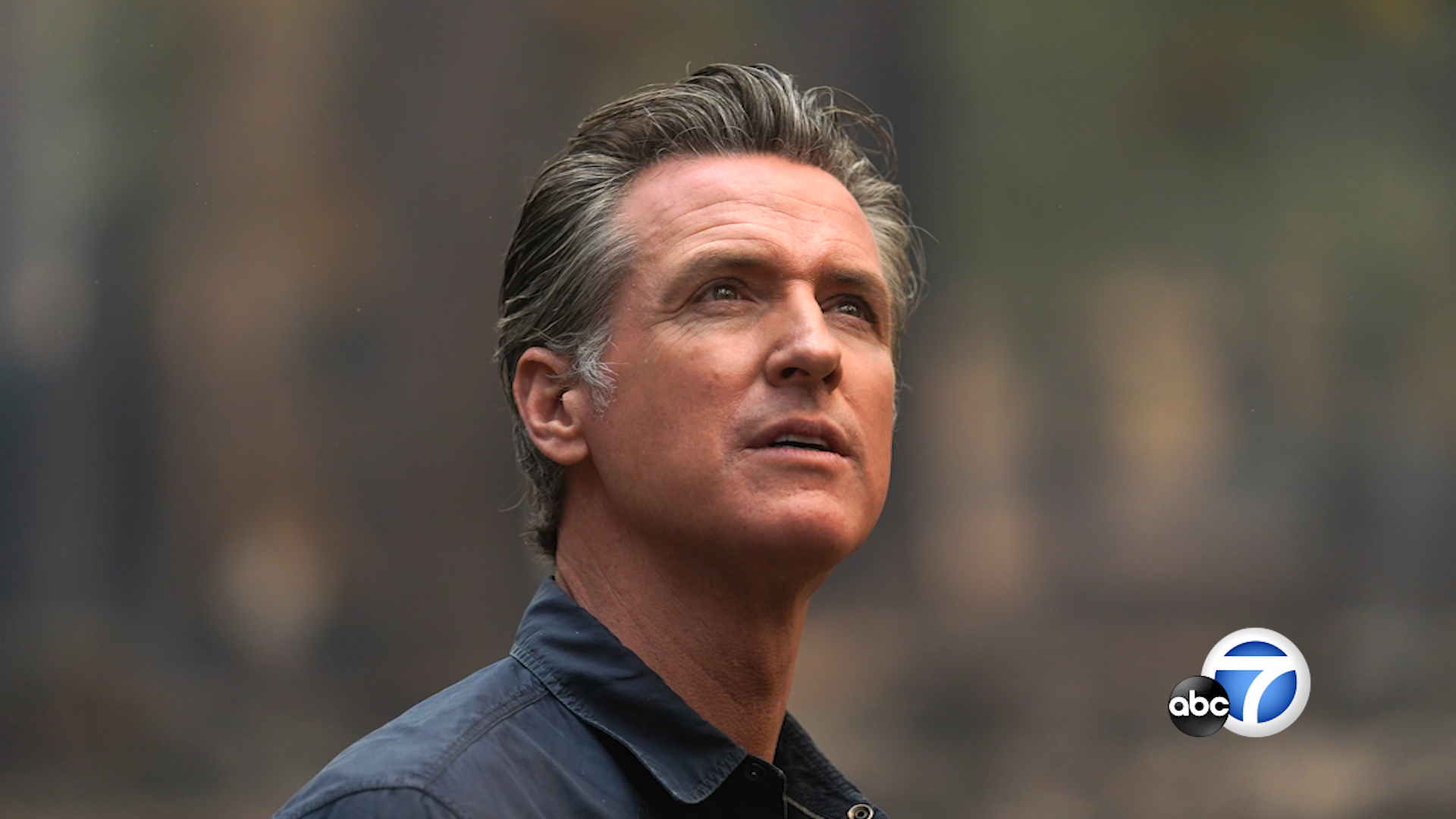 Here's why it's important to vote in the CA recall election