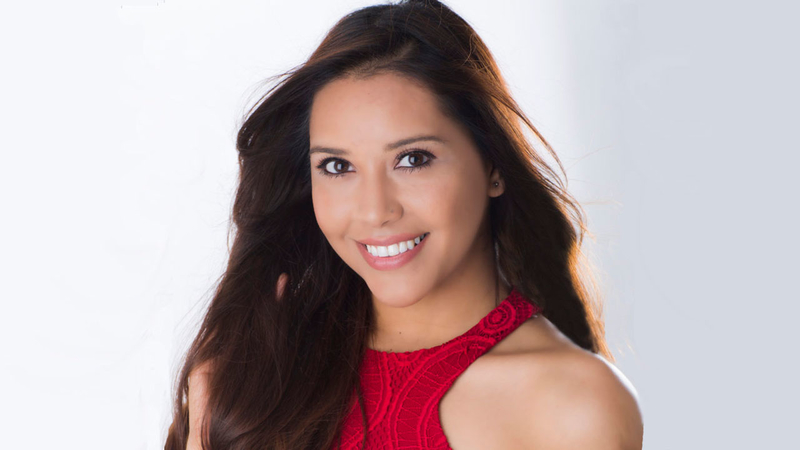 FRESNO COUNTY -- Andrea Andrade, 27, was diagnosed with stage three colon cancer back in March of this year.

But she's not letting chemotherapy and recovery stop her from competing in the Miss California USA pageant.

Andrade was in Mexico with family when she became sick and had to be taken to the hospital. Doctors diagnosed her with colon cancer, but her parents wanted a second opinion. Once she came back to the U.S., she went the hospital where doctors confirmed her stage three colon cancer.

They gave her six months to two years to live.

"I cried a lot," Andrade said. "My world came tumbling down".

During this time, Andrade found out she could compete in the Miss California USA pageant. However, since she had just been diagnosed, she put it on the back burner.

"I had to put it back for some time but then around August, I was like, 'You know what, if they are really limiting my life to what it is I want to achieve one of my dreams and this is definitely one of those'," she said.

Andrade said being in a pageant was a lifelong dream. So with approval from her doctors, she got the go-ahead to work out. However, it is not as intense.

"For medical purposes, I can't diet the way they are. They are going to be out there looking 150 percent where I'm not able to do that. "

Andrade knows she will not be as toned as the other contestants, but that is not stopping her.

"Every single day is a struggle. You have to live it day by day, and it's very hard," she explained.

Andrade added it will also be hard because she is losing her hair.

"I think my biggest struggle with it is that they are going to be out there with full hair, like their head full of beautiful hair and I don't have that because of the chemo is thinning out my hair and it's giving me bald spots and that's horrible," Andrade said.

Andrade will be getting her eighth round of chemo right before the pageant. This is a huge milestone because she will only have four more rounds of chemo left. However, this also means she will be going through treatment while competing.

"This is possible. I have to fight for my life every single day," she said. "At the end of the day, I'm just going out there wanting to just do it, even if I don't win the crown it's okay. At least I'm able to do it. It's a once in a lifetime opportunity. "

While the chemo will make her weak, Andrade said she will give it her all.

Andrade explained by sharing her story with other she has received so much support and that helps her fight.

"It's really heartfelt for me because it motivates me," she explained. "It fuels me to continue fighting every single day because that's what it is it's a fight."

She hopes her story can inspire or even help others.

The pageant is in Long Beach Dec. 1 through the 3.