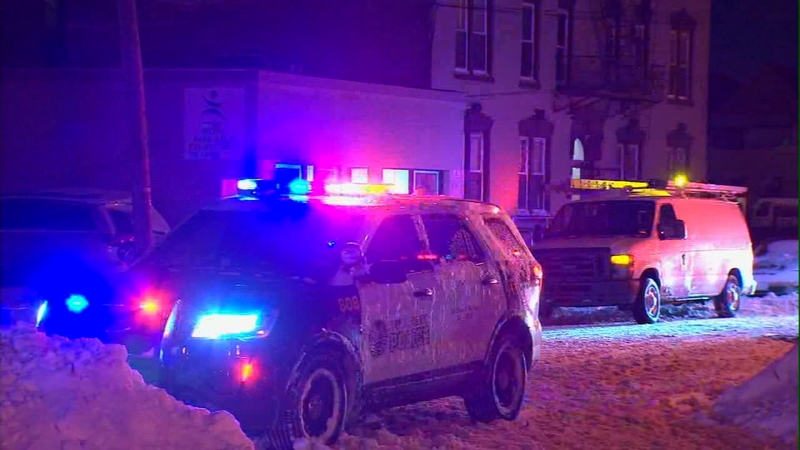 PERTH AMBOY, New Jersey (WABC) -- A 13-year-old girl died and at least 35 others were injured in an apparent incident of carbon monoxide poisoning in New Jersey.

It happened on Thursday evening inside a three-story residential building on Fayette Street in Perth Amboy.

The girl was rushed to the hospital, but died.

35 other victims, including 7 officers, were evaluated and treated for CO poisoning. Many of the victims were children, seen passing out and getting lightheaded.

They all lived in a multi-family home.

"I heard the doorbell ring and it was the police and they just went quickly upstairs," said Joshua Coria, a resident. "Then I heard screaming. There was a knock at the door and they told everybody to get out."

Police started to get people who could walk on their own out of the building as quickly as possible. Medics set up a triage on the front lawn.

"We proceeded to evacuate the entire building which required them to kick in several doors, there's 12 apartments in the building," said Chief Roman McKeon, Perth Amboy Police.

Six of the victims were unconscious upon arrival to the hospital. Their conditions are not yet known.

"We immediately knew it was some kind of toxin that was taking everybody over, we knew that if we went in there we would put ourselves in danger, but that's our jobs, that's what we need to do to get the people out to be able to do what we need to do and attempt to save their lives," said Cep. Chief Lawrence Cattano, Perth Amboy Police.

The incident is under investigation as a criminal offense because there were many carbon monoxide detectors in the building that allegedly did not work.

The building is closed at this time.