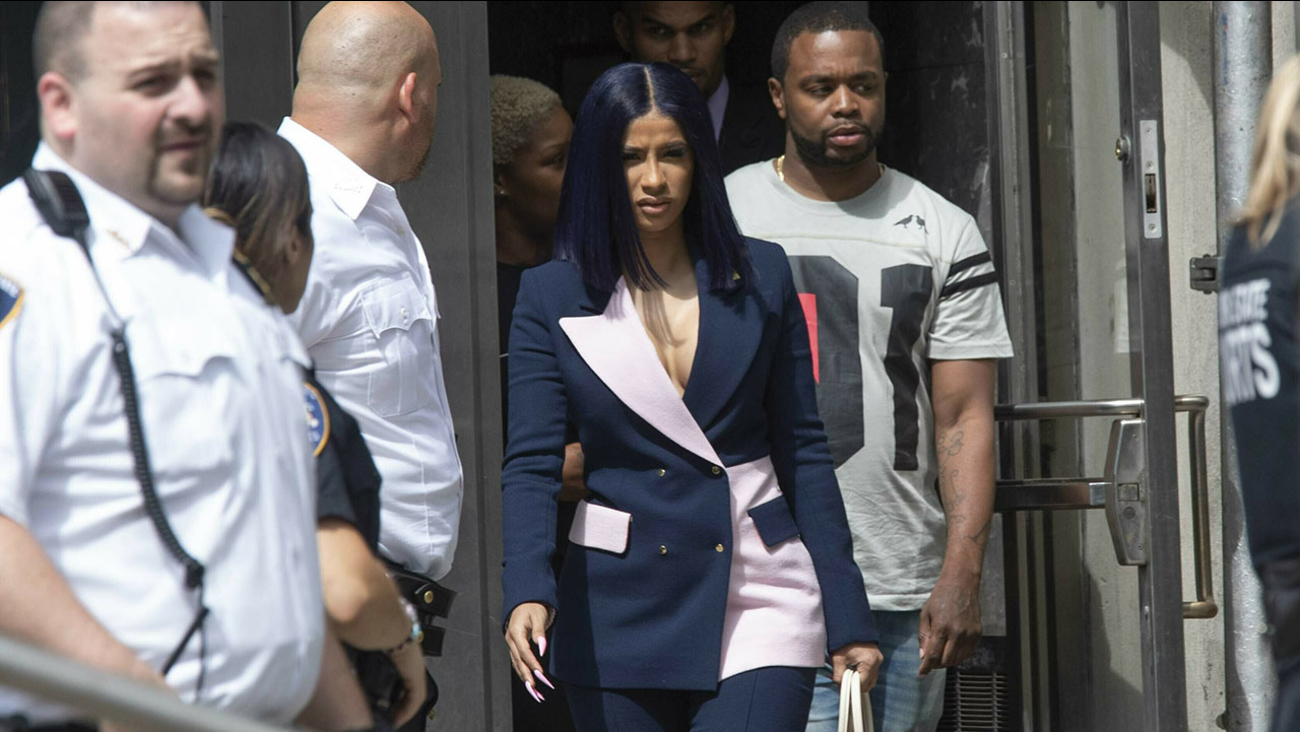 The 28-year-old expectant mother posted a photo on Instagram last month of herself and Cardi B at her baby shower.

Respass, an alleged member of the 5-9 Brims gang, is accused of ordering an attack on a female bartender at a strip club in Queens back in 2018, according to a criminal complaint filed by the U.S. Attorney's Office.

Respass was in federal prison at the time.

Three men also charged in Tuesday's indictment allegedly went to Angels Strip Club in Flushing on August 15th, 2018, where they and three women lured the bartender across the bar, held her by the hair beat her and threw a bottle at her.

One of the men, Jeffrey Bush, recorded the assault on his cellphone and the video was sent to the gang member on behalf of whom Respass allegedly ordered the attack.

Bush allegedly served as "muscle" for the rapper in a fight with two female employees at the club.

Respass, Bush and nine other alleged members of the 5-9 Brims named in Tuesday's indictment are charged with racketeering conspiracy, murder, murder conspiracy, and fraud.