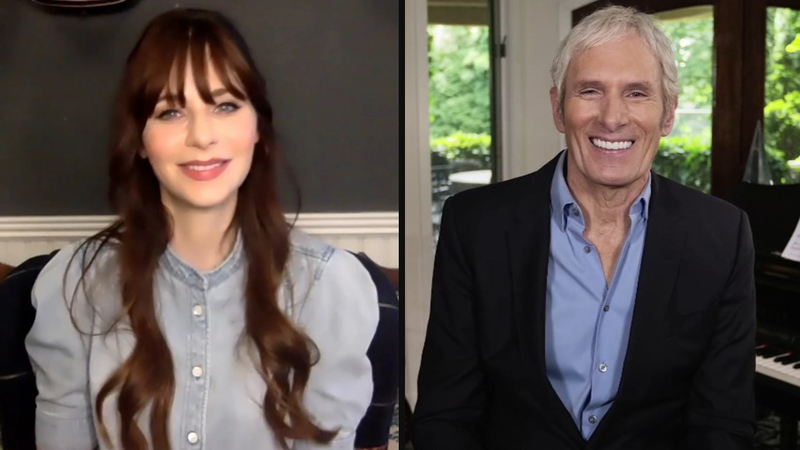 They fade away for a time, sometimes even for decades, and then get revived, updated, and modernized to draw a new generation.

"The Celebrity Dating Game" is a case in point -- a throwback to a time before dating apps, when folk got to know one another through questions and conversation.

Everything old can be new again in the world of network TV, and this new show features co-hosts Zooey Deschanel and Michael Bolton guiding contestants and a famous person as they search for special connection.

It's not the first time the stars have turned out for this game show. Farrah Fawcett appeared before big fame came in 1969, and Suzanne Somers appeared in 1974.

Marvel fans, get ready: the MCU's favorite villain is getting his own show. Here's what we know about the "Loki" release date, plot, cast and other things as the series premieres on Disney+ this week.

Then, as now, each celebrity must try to select one date from among three contestants hidden behind a wall where the star can't see them.

Then the questions begin.

Questions like the one Carson Kressley asks: "If you had to put yourself in an animal category, Bachelor #3, what would you be?"

"I'd be a panther," the contestant replies.

One of Bolton's jobs is to sing a familiar tune with the words changed to fit the celebrity.

"The parodies are made to fit the celebrities, to direct people, to give them a clue," he said.

So he sings to Carson, "This designer, babe, no he ain't gonna miss a thing."

"We have two game shows going on," Deschanel said. "One is the contestants trying to guess who the celebrity is, and the other is the celebrity trying to pick who to go on a date with."

That's new, but the rest has a decidedly retro feel to it.

"No apps, no phones," Bolton said. "This is dating the old fashioned way."

But there is still a value of traditional dating

"I think the cool thing is they're not judging people just on how they look," Deschanel said.

What the celebrity and the contestants say can get a little racy at times, especially given the show airs at 10 p.m.

"There's definitely plenty of innuendo and language," Bolton said. "I kind of make fun if it when I hear it and pretend it's a little much for my ears."

"Fun" is the operative word here.