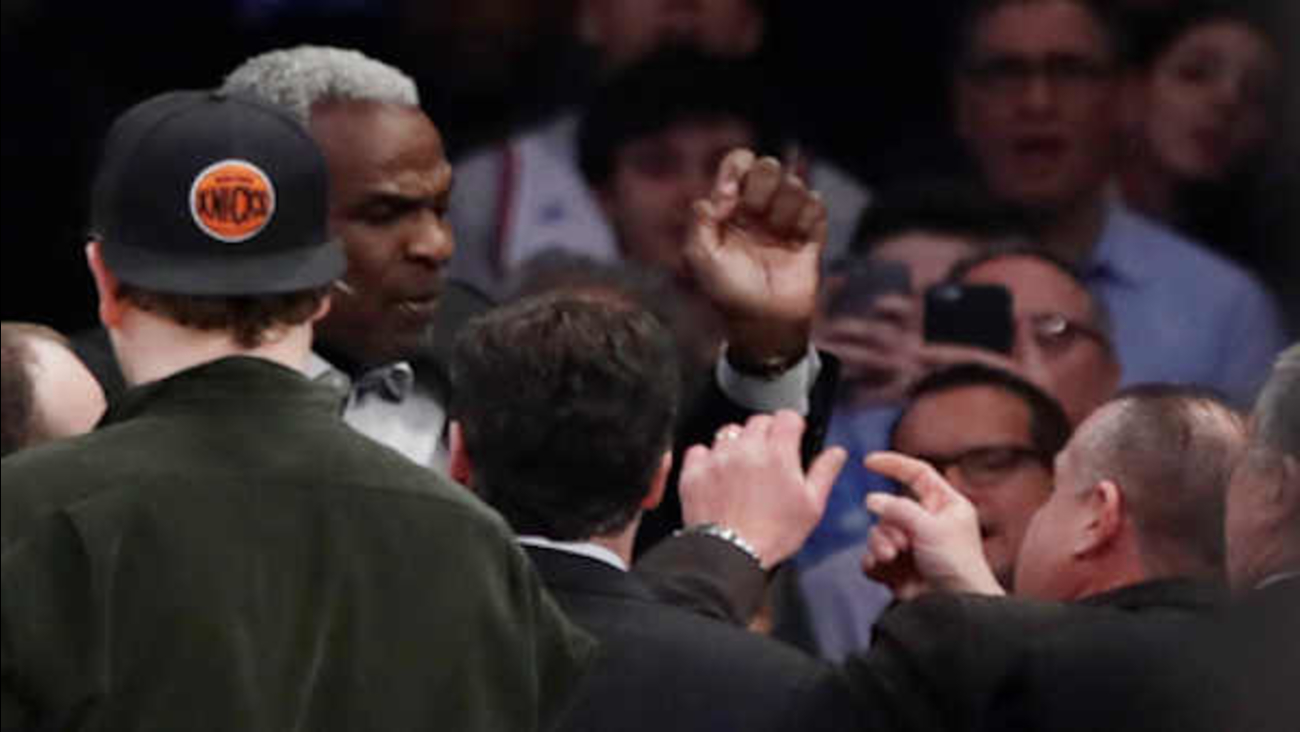 They are demanding Dolan immediately lift the ban on Oakley from visiting MSG.

Oakley is facing assault charges after a run-in with security guards at the Garden.

Adams and others criticized Dolan's behavior and handling of the encounter.

In an interview with ESPN Radio, Dolan said Oakley used racial and sexual overtones and that games must remain safe for fans, so he was enforcing the ban.

"We are going to put the ban in place and hopefully it won't be forever," Dolan said.

The Knicks have been criticized by current and former NBA players, as well as some of their fans, for the treatment of Oakley during the game that was televised nationally on ESPN.

Fans chanted his name during a New York Rangers hockey game on Thursday, and earlier in Friday's game there were chants of "We want Oakley!" and "Free Charles Oakley!"

Dolan praised Oakley as a great Knick and said he hoped that the power forward would be able to join his former teammates to be honored on the court someday.

But he said Oakley first must address what he characterized as anger and perhaps alcohol issues, adding that the team would help if asked.

"He should be up there being recognized because the fans do love him," Dolan said. "But this behavior just doesn't work with that."

Oakley maintains he did nothing wrong before arena security approached him his seat Wednesday, just a few rows behind Dolan. On Friday, DnainfoNewYork.com reported that Frank Benedetto , the senior vice president for security at the Madison Square Garden Company, was fired Friday.

"That was just a situation where the person didn't work out and this was probably the last straw," Dolan said. "We're obviously looking at everything that we did here along the way and what happened, and that's one of the casualties."